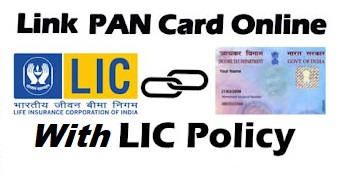 If you have a LIC policy and you haven’t linked your PAN card, then today’s post is for you. Today I’m going to show you all how you can link your PAN card With your Lic Policy Online.

You all know the LIC policy and many of you will also have taken the LIC policy. If I talk about myself, I opened my account in LIC at the age of 15 and took the Lic policy. And I hope you guys, like me, will have a LIC policy. If you all have a LIC policy, then you have an update from LIC for all the people. also for the upcoming LIC IPO, you can get benefit from this. For policyholders get 60 rs off per shear But your pan card must link with your policy. So in this article, you will see step by step How To Link a Pan card With Lic Policy Online and how to check your pan card Statues Online.

Read More: What is the share or stock market|How to Invest in Stocks

Go to google and type Lici. Go to this link: LIC Official Website

Now find weblink to link PAN. A user can directly visit the link given below. then This page will appear. Or click this Link : Life Insurance Corporation of India – Online PAN Registration (licindia.in)

In this Step, you have to click the Proceed Botton for the online Pan card With LIC Policy Registration.

Fill out the Registration form with the required information. If a policyholder has more than one policy under his name, he can click on add policy to add all of his policies. Enter the captcha after checking the declaration box and click on Get OTP.

Step 5:
In this step, the policyholder will get a summary of filled details. Enter the received OTP received and click on Submit. Your PAN will be linked Successfully.

How to check your pan card Link Statues:

I hope you get the all information about the How To Link Pan card With LIC Policy, Check Link Status Online. So that we too have a chance to learn something from your ideas and improve something..

LIC IPO: Bumper offer for Investors, Should You Invest? 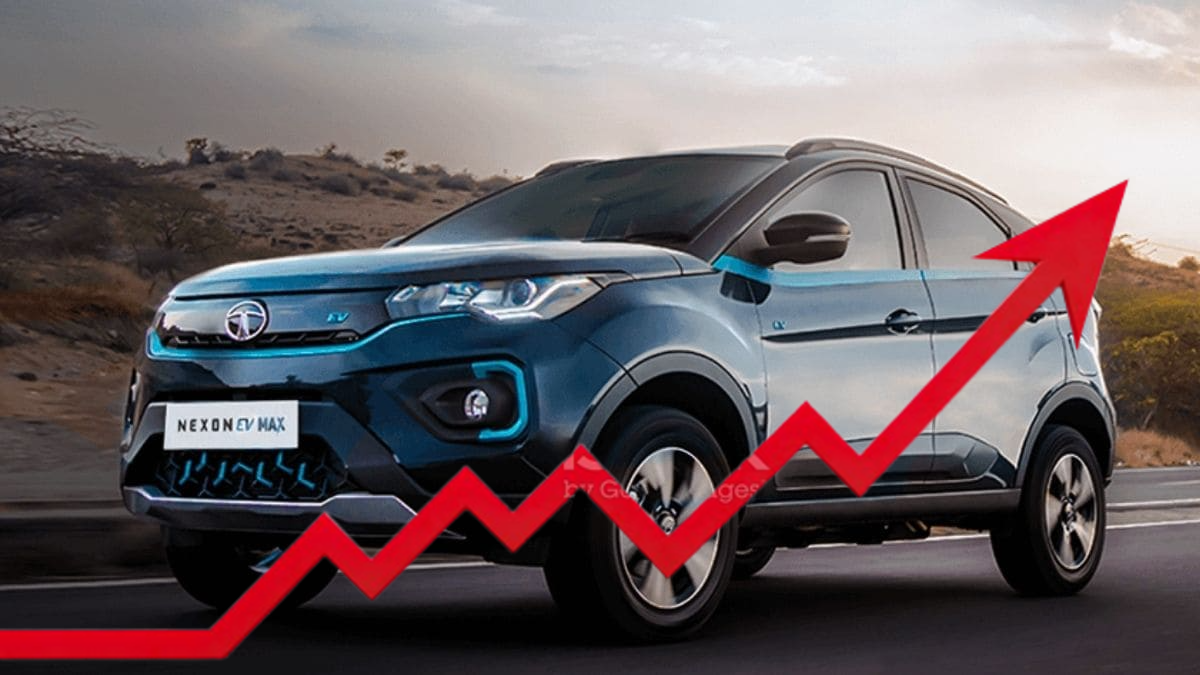 Tata is one of the leading Branding in India. Every product from tata is value for money. So in the Ev (electric models) evolution of India They have Significant role and now this days Tata Motors set new records every month.

Tata Motors  has turned up the heat by publishing car sales figures. In June, the company recorded the highest number of passenger or passenger sales so far in a month. On the first day of July, the sales of cars came to the fore last month. According to statistics, Tata sold a total of 45,197 units of passenger cars in June. In comparison, the volume of sales in June 2021 was 24,110. As a result, there was an 87.46% increase in sales in June compared to last time. Again in May 2022, Tata’s 43,341 cars saw the face of new buyers.

Tata broke all its own records in car sales last month. Despite this, Tata could not retain the title of the second best selling car in the country. The place was again taken away by the South Korean company Hyundai. A total of 41,690 cars running on petrol or diesel were sold by Tata last month. In June last year, the number was 23,452 units. As a result, there has been an increase of 78% in the sale of traditional fuel cars.

Meanwhile, Tata Motors set new records by the  total of 3,507 units of battery-operated cars were sold in June. At that time last year, it was only 658. As a result, there was 433% progress in electric vehicle sales last month. Again, 2% more electric cars were sold in June than in May. Currently, the company has electric vehicles such as Tata Nexon EV, Tata Nexon EV Max, Tata Tigor EV. In the first quarter of 2022-23 fiscal, a total of 9,283 customers brought tata electric cars home. At that time in 2021-22, the number was only 1,715.

Here You know about Tata Motors set new records every month, car sales up 84% in June, demand for electric models soars . If you liked this post, please share this post with your friends. Thank you so that this important information reaches other people as well, and they can also take advantage of it. 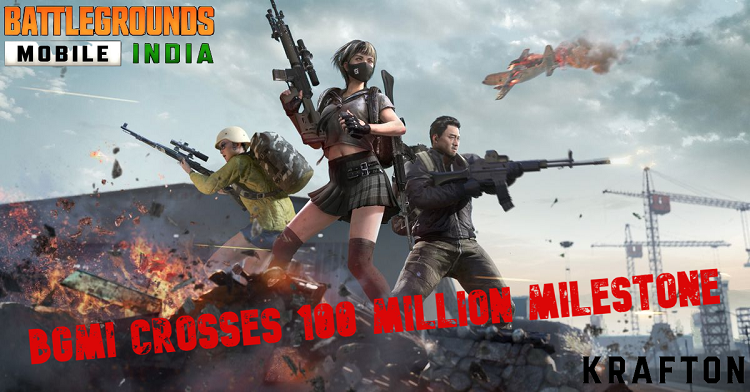 One year of Battlegrounds Mobile India. And on this auspicious day, the happy news was announced by Krafton, the developer company of the BGMI game. According to the developer, it currently has over 100 million registered users. With this announcement, Krafton said that it has completed one year of being the most loved game in the country’s gaming industry.

Krafton Inc CEO Changan King said in a statement that the first year of BGMI has been a year of great success, with millions of players from every corner of India joining the BGMI community to enjoy the game.  The company also said that it has celebrated big tournaments, Indian-themed manifold support, and India-centric events for the country’s gaming community to curate unique gameplay for our Indian users.

CEO Changan King said: We are positive about the opportunities in the country’s gaming community and committed to creating a strong gaming ecosystem. Now our focus is on constantly improving the mobile gaming experience for the growing gaming community and investing in the thriving start-up landscape here.

Over the past year, the game developer has invested nearly $100 million to develop India’s local video games, e-sports, and entertainment startups to build a healthy gaming start-up ecosystem. Krafton is also claiming that 4 pro and semi-pro tournaments (BMOC, recently-concluded BMPS Season 1, BGIS Season 2, and BMPS Season 2) will be awarded cash prizes of Rs 6 crore in 2022. A platform will be provided to players across India to showcase their skills.

Minu Lee, head of India Publishing at KRAFTON, Inc. says, “We are extremely excited to reach this landmark in the first year of BGMI and thank our gamers for the achievement. BGMI has been consistent with new and challenging gameplay, festival updates, and the needs of the gaming community at every step. Everything from lucrative IP to exciting themes is going to be very interesting to gamers this time. “

I Hope, You guys also Enjoy BGMI Crosses 100 million Milestone. So, if you liked this post, please share this post with your friends. Thank you so that this important information reaches other people as well, and they can also take advantage of it. 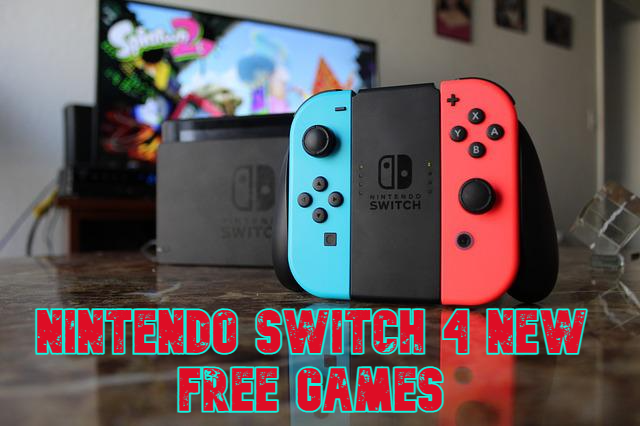 Nintendo is one of the most popular gaming consoles among Gamers. Nintendo Switch is a hybrid console that can be used as a handheld device or a stand-alone home console. In this article You guys will know about  4  Free Games for Online Subscribers on Nintendo Switch, and what is Nintendo.

Nintendo is a Japanese multinational corporation that develops and manufactures video games and electronic entertainment devices. The company was founded in 1889 as a playing card company. The company has released several popular video games, including Super Mario Bros., The Legend of Zelda, and Pokémon.

Nintendo has announced a new console known as the Switch. The console is said to be a hybrid console that can be used as a handheld device or a home console. The Switch is said to be released in March of next year and will come with a new game known as “The Legend of Zelda: Breath of the Wild.”

The most eminent expansion is possible Capcom’s Mega Man: The Wily Wars, an assortment of changes to the initial three Mega Man games. Likewise, Comix Zone, Target Earth, and Zero Wing have also been added to the Expansion Pack variant of the Switch Online library.

Underneath, you can peruse more about each game and look at a trailer featuring the foursome of games, both kindness of Nintendo. Nintendo Switch: 4 New Free Games Sega for Online Subscribers:

In Comix Zone, experience an activity game in a setting in view of American comics, complete with superhuman enhancers and serious battling moves. Comic craftsman Sketch Turner ends up lost in the Comix Zone – a comic book universe of his own creation – and should fight freaks to get away from it, board by board.

The Wily Wars includes the initial three games in the famous Mega Man series, aggregated for the SEGA Genesis! Wily’s mechanical followers are unhindered and Mega Man should overcome a pack of robot experts to win the day. Beat every one of the three games to open Wily Tower, where you can challenge another chief.

In Target Earth, foe Chron cyborgs are going after Earth and its space bases! Fight across eight distinct levels loaded up with thrilling mech suit platforming activity and modify your loadout by procuring gear in view of your exhibition. Might you at any point save the planet and uncover the genuine tradition of Chron.

Zero Wing is a side-looking exemplary made by Toaplan, an engineer of famous arcade games. Felines, the head of a band of room privateers, is threatening the cosmic system. Pilot the last Milky Way assault create and send Vulcan shots, lasers, and homing rockets to stop him and his marauders – for extraordinary equity.

Here You can see the Nintendo Switch 4 New Free Games for Online Subscribers. If you liked this post, please share this post with your friends. Thank you so that this important information reaches other people as well, and they can also take advantage of it.