Without Cpu Our Computer and also the phone is useless. So In this article, I will explain What is CPU, CU, ALU in Computer, and the type of CU or Control Unit.

The Central Processing Unit is also called Processor, is the component in a digital computer that interprets computer program instructions and processes Data. A CPU that is manufactured as a single integrated circuit is usually known as a microprocessor. Beginning in the mid-1970s microprocessors of ever-increasing complexity and power gradually supplanted other designs.

CPU is a certain class of logic machines that can execute computer programs. The Central Processing Unit is the brain of the computer. At first, the CPU collects all information from the input device then the CPU processes all information using ALU, CU, and RAM after that CPU show the result in the Output device. One of the most Popular Computer CPU manufacturing companies is INTEL, AMD and for Mobile is Qualcomm, Mediatek, etc. 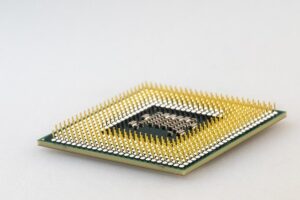 Read More: What is Chipset?

The Arithmetic Logic Unit or ALU is a digital circuit. That calculates an arithmetic Operation (like addition, subtraction, etc) and logic Operation between two numbers. Similarly, The ALU is a fundamental building block of the central processing unit of a computer.

Many types of electronic circuits need to perform some type of arithmetic operation, so even the circuit inside a digital watch will have a tiny ALU that keeps adding 1 to the current time, and keeps checking if it should beep the timer, etc.

A Control Unit is the part of a CPU that directs its operation. The output of the unit controls the activity of the rest of the device. At one-time control units for CPUs were ad-hoc logic, and they were difficult to design. Now they are often implemented as a microprogram that is stored in the control store.

In modern computers, each of these subsystems may have its own subsidiary controller, with the control unit acting as a supervisor. However, All type of control units generates electronic control signals that control other parts of a Central Processing Unit.

What Is Algorithm in Computer, Programing With Example