What is an Operating System?

The operating system is a software program like windows, A program you must have to run a computer. In Os another kind of software like Excel, Word, Safari, chrome is application software. Over history, there have been lots of different Operating systems. The first one for PCs was called DOS after that came Windows. IBM mainframe computers had three OSs called VSE, VMS, and VM. Apple has its own OS which is called MAC OS for PC and Laptop and IOS for Phone. Usually, computers are sold with operating system software since you need it to do anything.

For old Low-end Pc like the dual-core old-generation Linux-based Operating system is best. E.g. Ubuntu, Kali Linux, Fedora. Because they need very low resources to run any program and you can use Window’s previous version like Windows XP,7, etc.

The best Operating system for Gaming is windows.  Because windows are the only one that supports and optimized for gaming also Game developer develop their game for windows especially. Because of The large user base who use windows.

Now some games you can play also in MAC OS but windows are best for gaming.

Windows is the most popular Operating system. From Windows 95 to windows latest version of windows 10. In Windows operating system is fully optimized for everyday work like official use, Gaming, and many others.

Windows is paid os which is From Microsoft Corporation But you can download and install your system on a trial basis. Latest windows price aproxy:100-200$ Microsoft also Provide Server-based os, Example: Windows Server 2003, 2008, NT.OS List for Computer: Windows 98, XP, Vista,7,8,10. Windows have many other application software that very useful for us which are Word, Excel, Microsoft Explorer. No doubt it’s best os for all kinds of users. 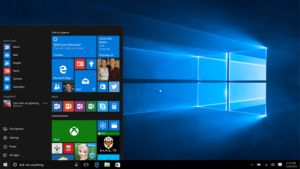 Mac is Popular among Apple product Users. This Os is optimized for Offical users and Video editing and many other things. In this os, you see Apple-exclusive Apps, Stylest Desktop. This is not for all users but In recent years, the MAC operating systems have been completely free with the occasional free upgrade by its developers. This OS Developed by the Apple Company. but in this can’t play popular pc games otherwise it’s good os. 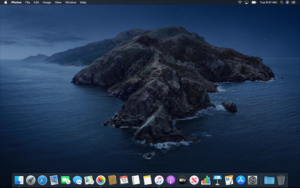 Read Also: History of the Internet

Ubuntu is Linux based OS with lots of features like windows OS. This is developed by Canonical which is a global software company. However, This is open-source that means anyone can use it for free. For instance, casual use like in school, home it’s a perfect OS.  It’s release in three editions: desktop, server, and core for the internet of things devices and robots. 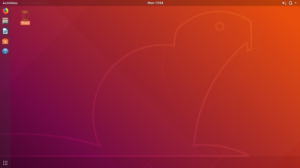 This is a Linux-based Operating system which is known as chromium OS. Chrome OS developed by Google, You can access all google free services using this os. However, to use this os you must need an internet connection to use all services. 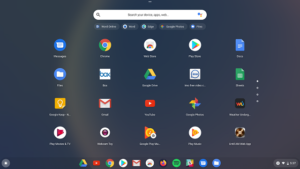 Read Also: What is Computer Virus

This is a Linux-based very popular operating system for hackers and developers. Kali Linux is an open-source project that is maintained and funded by Offensive Security. The user does digital forensics, penetration testing, and other things to use the terminal and other features of this OS.

In conclusion, If you see the market shear, so Microsoft is the winner, For their user Experience. After that mostly uses a Linux-based operating system like chromium os, Ubuntu, Kali Linux, etc. However, by increasing apple users year on year Mac is also a popular OS.

I hope you get the all information about the 5 Best Operating systems for Computers and laptops in 2022. If you like this article, you can share and comment. So that we too have a chance to learn something from your ideas and improve something.

What is Multimedia in Computer With Example