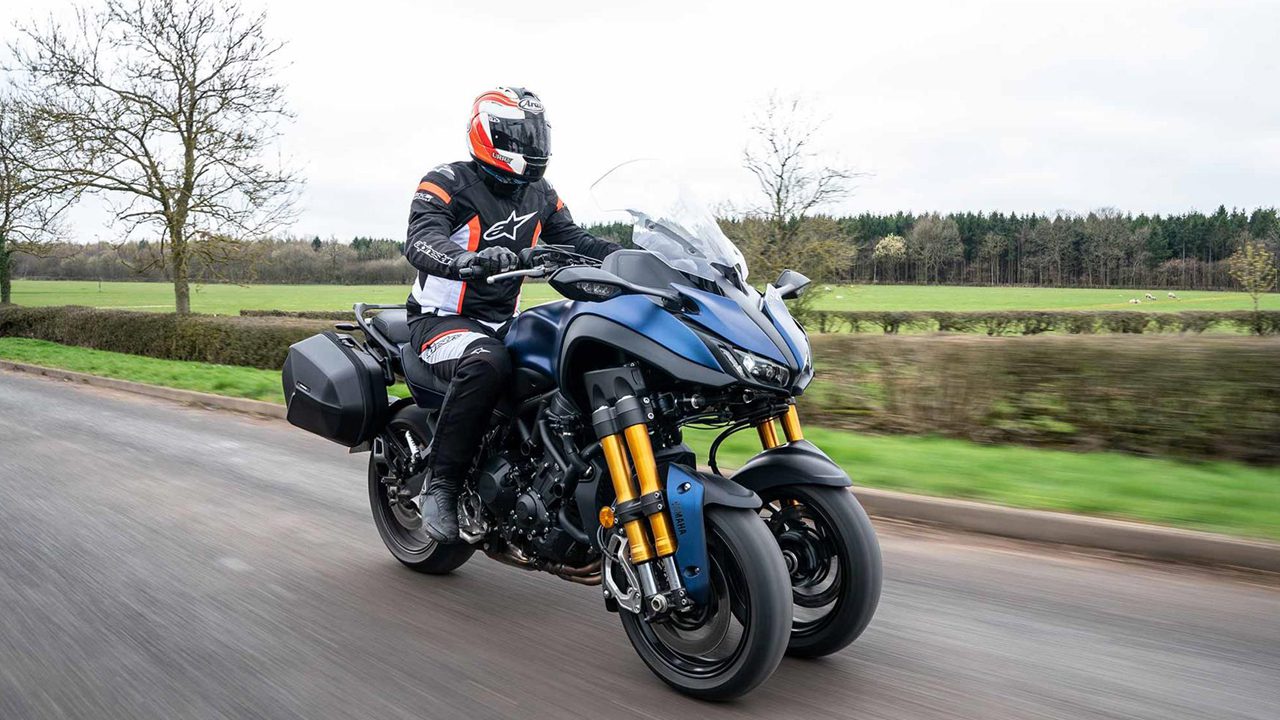 Yamaha has come up with an updated version of the Niken GT, a three-wheeled sports tourer. An 890 cc three-cylinder engine powers this new three-wheeler. This provided five percent more displacement than the 78.0 mm bore × 62.1 mm stroke engine used in its predecessor. The engine is now mounted on a new steel frame which is slightly convex at the front. Along with this, a new design crank case has been given.

The new three-wheeler gets a redesigned air intake, air cleaner and exhaust pipe at the front. Yamaha claims that the new exhaust pipe used in the Niken GT has helped in achieving higher ground clearance. However, no information has been given about the power and torque of the new engine. However, it gets a new slipper clutch and quick shifter. The quick shifter used in earlier versions of the model only allowed upshifts.

Additionally, the 2023 Yamaha Niken GT will feature ride-by-wire technology. It also has three riding modes – Sport, Street and Rain. In this last mode, the engine power output will be reduced by 18% compared to the previous one. The new version also comes with cruise control technology along with traction control. An aluminum rake is now used instead of the steel rear rake used earlier, resulting in a reduction of 236 grams.

Other interesting features of the Yamaha Niken GT model include a 7-inch TFT display with Garmin navigation control system along with Bluetooth connectivity for smartphone call and message notifications. The redesigned model also includes a joystick, USB output on the handlebars, and a 12-volt socket under the seat.

Incidentally, the Niken GT model is a very popular and premium segment sports tourer from Yamaha. Apart from this, the MY2023 model also gets several special updates, which are able to take the comfort feeling of the rider to another level. These updates include a new seat type, 70 mm up and down adjustable wheelbase and new mountings for the 30-litre luggage box.

Additionally, the bike gets a special kind of spring shock absorber at the rear which makes the rider feel very comfortable when riding alone but gives enough confidence when riding in the back seat. This 2023 Niken GT model will be available in the European market in December this year. However, deliveries will start early next year. However, the chances of the Niken GT coming to India are slim.

Any product can be bought cheaply, every day festive sale is going on on Flipkart

Tornado named after him! Benelli Tornado has taken the bike world by storm