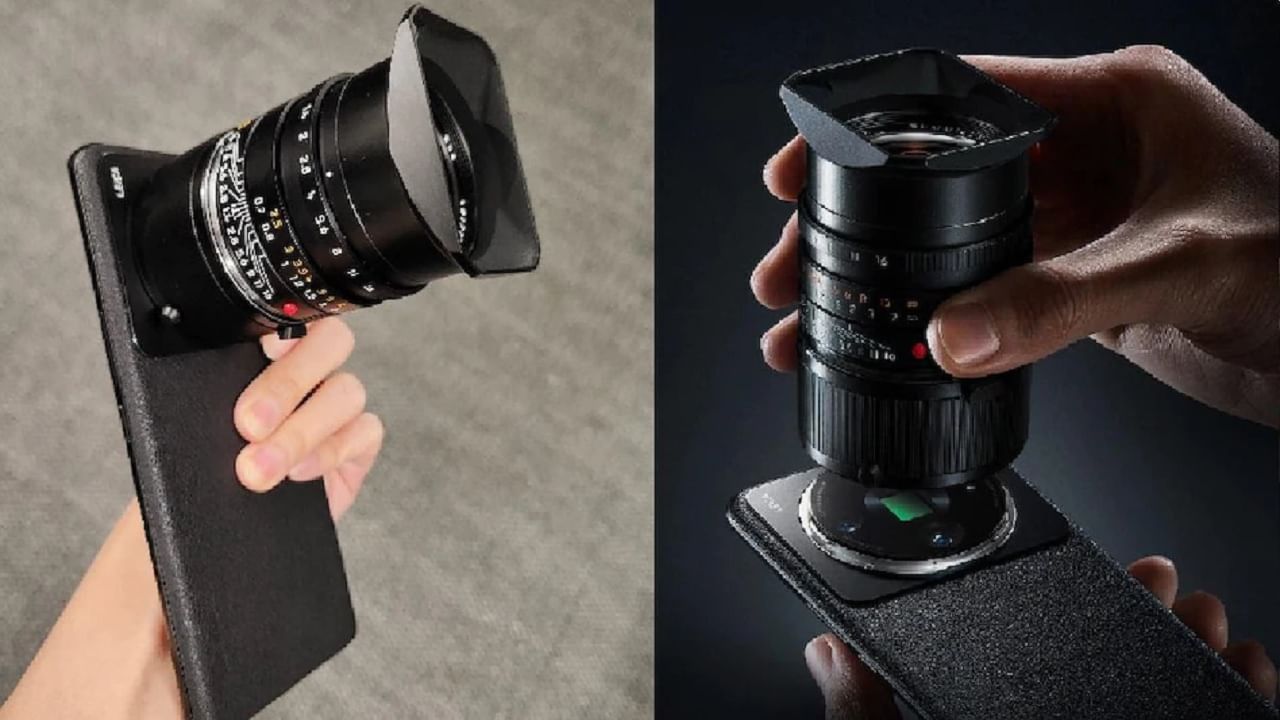 DSLR-like photos in Xiaomi Phone: Lei Jun, the founder of Chinese smartphone giant Xiaomi, recently showed a glimpse of the Xiaomi 12S Ultra concept smartphone. In terms of camera, the phone is going to be quite sharp, with a powerful lens like a DSLR camera.

DSLR Like Pictures: Chinese smartphone giant Xiaomi’s founder Lei Jun recently shared a glimpse of the Xiaomi 12S Ultra concept smartphone. In terms of camera, the phone is going to be quite sharp, which has a strong lens like a DSLR camera. That is, when you buy this phone, it will be equivalent to a DSLR camera. At a glance, this camera looks similar to the regular Xiaomi 12S Ultra. But the main difference from the regular model is that it can be converted into a mirrorless camera. What’s even more interesting is that this phone has an option through which you can apply a professional lens. Xiaomi is making this phone in partnership with German camera maker Leica.

The Xiaomi 12S Ultra concept phone packs two 1-inch camera sensors, which is twice the size of the regular Xiaomi 12S Ultra. One of these two camera sensors will be available as the regular flagship camera and the other will be available after attaching the Leica M-series lens. The camera output quality that you get with this attachment is not usually seen in smartphone cameras.

According to the company, when it comes to lens attachment, users will get the option to change the focal length with the lens, as is found in mirrorless DSLR cameras. Along with this, UI features such as histogram, focus peaking and 10-bit raw support available on the device will allow photos to be clicked, which will benefit from a lot of stored data during editing.

Xiaomi is not the first company to come up with such a camera attachment. Motorola has also introduced the Hasselbald attachment for its Moto Z-series and many phone companies have used this concept. These attachments can only be used on one phone. So if the phone gets damaged or lost they will be useless. However, the camera lens can be used on any model. Also, existing smartphone cameras have a fixed focal length. The company says that Xiaomi’s new concept phone will not have these problems.


There is no option to buy the Xiaomi 12S Ultra concept smartphone right now. But once it hits the market, it could define the future of DSLR camera-level mobile photography.

Avail Rs 1,000 off on Nothing ear sticks if you fulfill these conditions

Photos of new Hero Xpulse 200T bike leaked before launch, will have interesting features, what will be the price