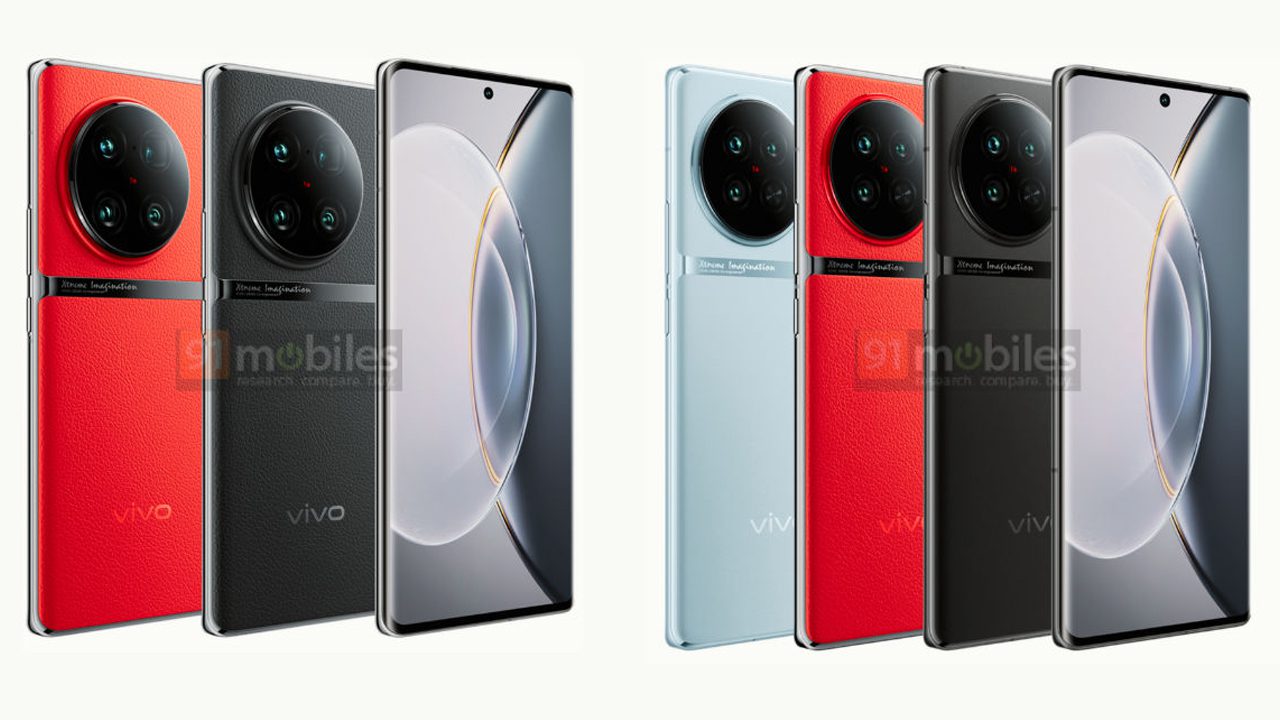 Renowned smartphone maker Vivo is preparing to launch its flagship Vivo X90 series smartphones on the Chinese market on November 22nd. In this lineup, his three smartphones will enter the market: Vivo X90, X90 Pro and X90 Pro+. The company has already released some renders as well to showcase the design of the X90 series. But now, a new report has revealed official renders of the Vivo X90 and X90 Pro+, revealing design and color variants for the two devices. Let’s see what information we got from these renderings.

The leak is an official render of the Vivo X90 and X90 Pro+.

Official renders of the new Vivo X90 and X90 Pro+ have been revealed in a recent report by 91mobiles. Renderings show that the standard and Pro Plus models of the X90 series both have a curved-edge OLED (OLED) display and a punch-hole camera positioned between the top of the display, so they both look similar. Become. The X90 and X90 Pro+ models also feature a quad camera setup with a circular camera module on the back panel.

However, the only major design difference between the two is that the X90’s camera module is smaller than the Pro Plus variant. The red variants of both smartphones feature leather backs. Below the phone’s camera module are the texts “Extreme Imagination” and “Vivo | Zeiss co-engineered”. Also, the black and blue variants of the X90 and X90 Pro Plus will have a matte look. Both Vivo phones may feature glass backs. Also, the power button and volume rocker are on the right edge of both devices.

Please note that renderings of the Vivo X90 Pro model have not yet been released. However, the X90 Pro could have the same design as the X90 and X90 Pro+. Leaked renders show that the overall design of the X90 series won’t be too different from its predecessor Vivo X80 lineup which launched earlier this year. According to various reports, the X90 and X90 Pro will be powered by MediaTek’s Dimensity 9200 chipset while the X90 Pro+ will be powered by the upcoming Qualcomm Snapdragon 8 Gen 2 processor.

If these 5 apps are on your phone, it can lead to a variety of losses, including bank fraud, name-calling, and more.