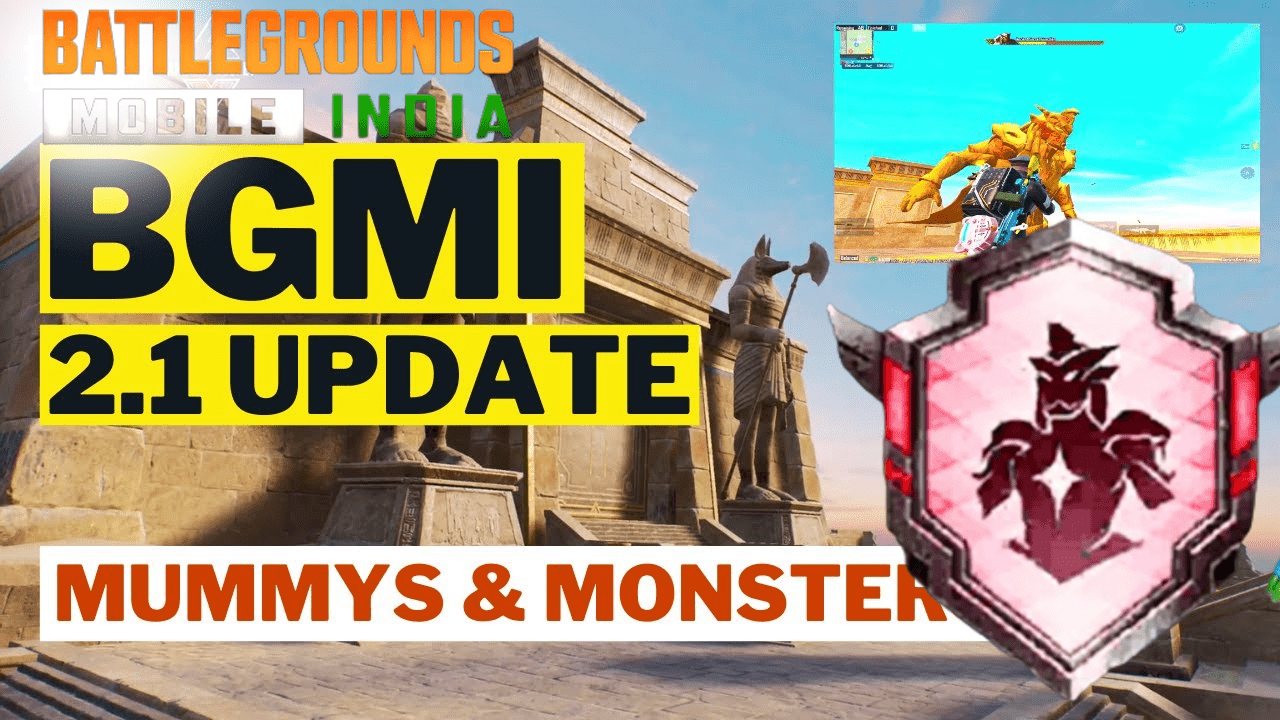 The BGMI 2.1 update: Patch note, which lists all the new features and new modes that are included in the game, was released by game creator Krafton. Let’s have a quick look at them.

What is New in BGMI 2.1 update: New modes and features, take a look

The Battlegrounds Mobile India (BGMI) game has received a 2.1 update, following PUBG Mobile. The BGMI 2.1 update’s patch note, which lists all the new features that are included in the game, has already been released by game creator Krafton. The new encyst secret: Ariz-themed mode in the game is one of the highlights of the BGMI 2.1 release. In the updated edition, players will be able to participate in this mode by bringing a large Monster. New guns will also be added to the game’s most recent iterations, and both C3 S7 and Metro Royale’s new season will soon start.

The BGMI 2.1 upgrade will grant unrestricted access to secret mode to all players. By hitting the arrow button at the bottom of the Erangel, Miramar, and Livik maps, players can access this mode in ranking mode. Players will also discover a number of sites here, such as Sandstorm City, Scarab, and Jackal Ruins.

The whereabouts of the scarab and jackal ruins can be found in various areas on the map. You will also encounter flying creatures and mummy guards here, who will fight with you to defend these ruins. After you’ve defeated them, you may collect your awards and, if you can figure out the debris’s hints, you can also grab the treasure box. Any city on the globe may randomly generate a sandstorm zone, which will give it the name Sandstorm City. Additionally, you can find fantastic loot-filled scarab charms here that will revive you if you pass out.

Players will also receive the Lynx AMR as a new weapon in the BGMI 2.1 update. It will be included in the supply crate, and it is an SR gun.
The Level 3 helmet may be destroyed in one shot, according to the game’s creator. Exclusive ammunition will also be utilised in this weapon, just as the AWM.

As of July 14, the game’s new season of Metro Royal Mode has begun.For BGMI players, the latest update will also mark the start of Season C3 S7. To make the game more balanced, some of the new weapons have also been introduced.

I think you get the information about What is New in BGMI 2.1 update: New modes and features, take a look. If you liked this post, please share this post with your friends. Thank you so that this important information reaches other people as well, and they can also take advantage of it.