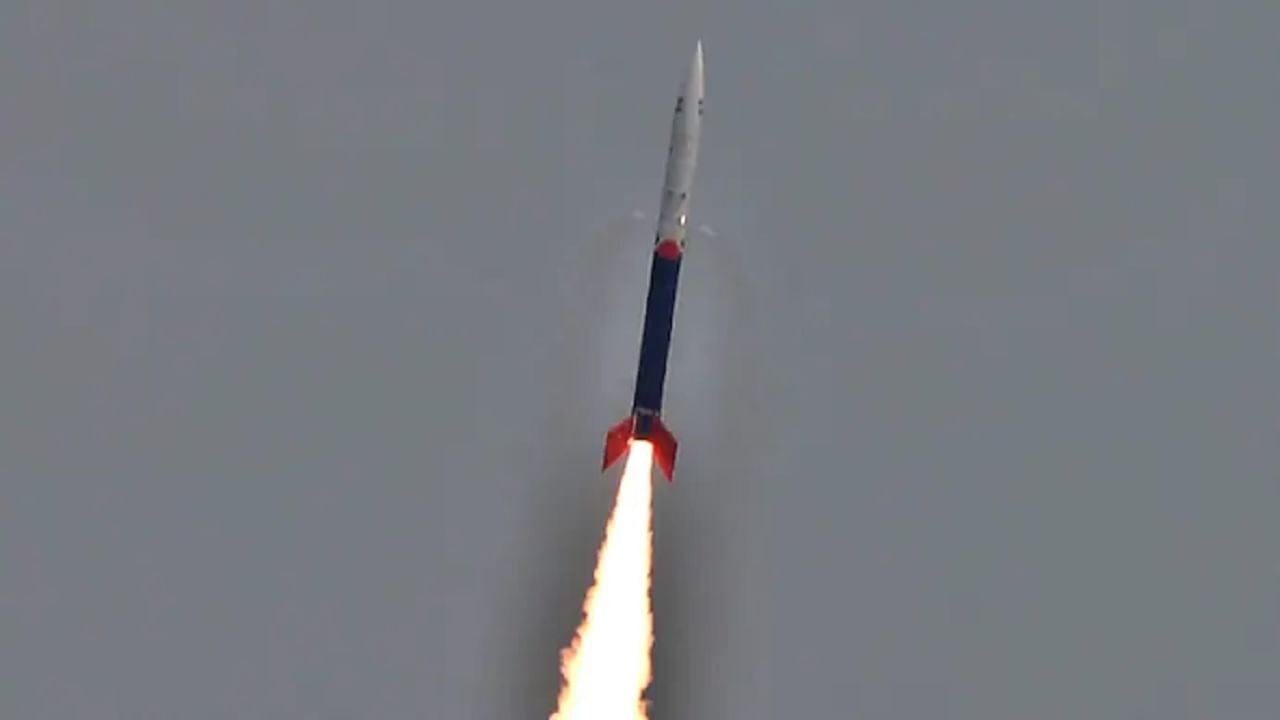 Skyroute Aerospace: Skyroute Aerospace made history on Friday by sending the country’s first civilian rocket, the Vikram-S, into space. The country’s first private rocket successfully launched into space. With this, the government-controlled and government-funded Indian space program began to shift to the private sector. The Indian Space Research Organization (ISRO) launched the Vikram S rocket from Satish Dhawan Space Center in Sriharikota. The rocket will be launched into space with her three customer payloads reaching altitudes of over 90 km.

According to private company Skyroot Aerospace, the Vikram-S rocket reached a maximum altitude of 89.9 km and achieved a speed of Mach 5, five times the speed of sound. Skyroute Aerospace claims the rocket meets all mission parameters. The company also said this paved the way for next year’s Vikram-I.After the launch of the Vikram-S rocket, Skyroot Aerospace co-founder Pawan Kumar Chandanam said: It marks the beginning of a new India and a great future. “

But while the launch was a demonstration mission, it was a full-blown subcontinental launch for the agency, which aims to further strengthen India’s private space sector. The mission demonstrated the technology, engines and design of the Vikram rocket capable of launching heavy payloads even in low earth orbit.

The company is developing a total of three variants of the Vikram rocket, named after Vikram Sarabhai, the father of India’s space program. Vikram-I is capable of carrying a 480 kg payload from low earth orbit, while Vikram-II is developed to carry his 595 kg cargo. But the most powerful is his Vikram-III, which launches in a low-incline orbit from 815 kg to 500 km.

The mission brought India’s space program as well as the US, Europe and China to the private sector. His Vikram-S, developed by Skyroot Aerospace, provided the expertise and equipment to test ISRO’s technical developments on the fly.

The country’s first private rocket launch made it clear that the development and design of the vehicle was not the only purpose. It can also attract more customers to invest in this sector. Up until now, the sector has relied solely on government funding. More recently, ISRO and INSPACE have worked closely with private companies to provide expertise and technical know-how on the complex design of rocket systems as India opens up its space sector to the private sector.


Dr. Jitendra Singh, Federal Minister of Science and Technology, attended the launch ceremony. In his words, “This is truly a new beginning, a new dawn, a new beginning in the journey of India’s space program. It’s also a tipping point for Skyroot, and it’s working really well.”

Jio, this facility will be unavailable for 5 recharge plans after Airtel shocks