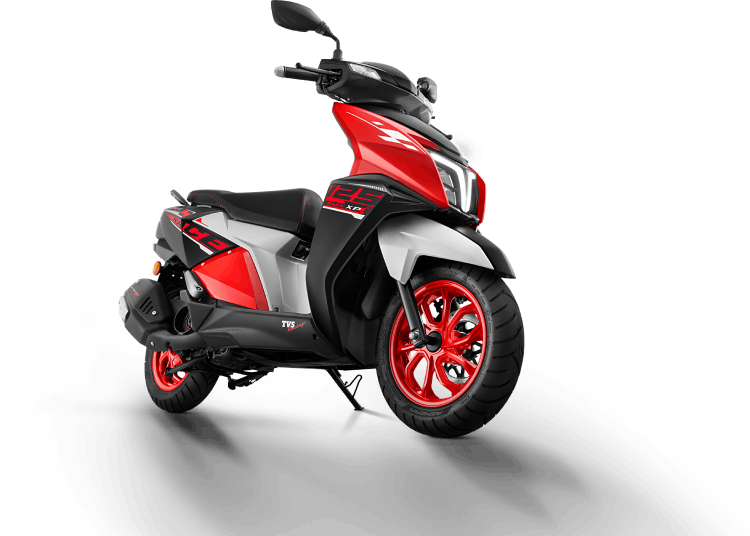 TVS Ntorq is coming on the market in a new avatar, what will be the surprise, know the details.

Domestic two-wheeler manufacturer TVS Motor is making every effort to surprise customers during the festive season in India. Recently they launched Apache RTR 160 and Apache RTR 180 motorcycle duo in a new generation model (2022). This time the company has announced to bring its stylish youth scooter Ntorq in a new color option. However, nothing has been said from the company about whether the scooter will be launched only in new colors or in completely new variants.

The Chennai-based company released a small teaser picture of Ntorq. It reads, “Adrenaline has a new hue.” The badge name of the scooter is visible in the picture. Notably, earlier this year Ntorq launched a more race-friendly XT variant. Apart from new color options, it also gets connectivity features and an updated instrument cluster. Meanwhile, the same instrument cluster is also being seen in the upcoming model of TVS Ntorq.

Apart from the XT variant, the Ntorq is available in three other models. These include the base model (available with disc and drum brakes), Race Edition, Super Squad Edition, and Race XP. The drum variant model costs Rs 78,506 in Delhi. And the cost of the most expensive XT variant is Rs 98,411. Meanwhile, the upcoming model gets a touch darker.

Incidentally, the engine of the newly launched TVS Apache RTR 160 will produce 15.82 HP of power at 8,750 RPM and 13.5 mm of torque at 7,000 rpm. At the same time, TVS Apache RTR 180 will get 16.78 hp power and 15.5 Nm torque output. On the design front, the RTR 160 has received updates to its headlamps and taillights. It also gets a new fully digital instrument cluster and voice assist.

Be the first to get news Google Newsfollow here

Related Topics:trendingTVSTVS Ntorq
Up Next

Lasting for almost a day on a full charge, the Noise Air Buds Pro 2 is here to be your all-day companion