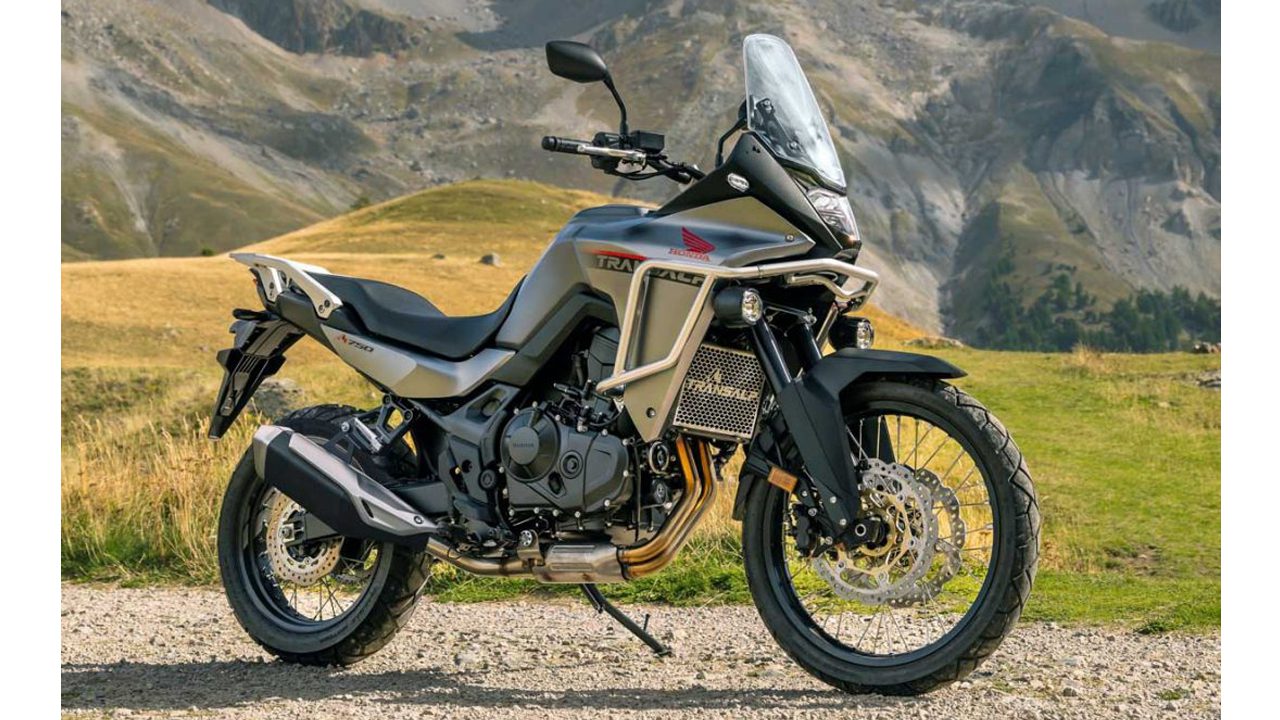 Honda has brought back memories of the old days. At the Milan Motorcycle Show, he appeared in a new adventure bike avatar with the Transalp. The Honda XL750 Transalp has been in the news for the past several months. Finally, this Japanese organization ended all discussions. Incidentally, it was in 1986 that the Transalp, the iconic bike from Honda, first appeared. It was then powered by a 583 cc V-twin engine. Later in 2000, the capacity of this engine was increased to 647 cc. Then in 2008 it became 680 cc. Lastly, this new version for 2023 uses the same 755 cc parallel twin engine originally sourced from the CB750 Hornet. Let us know in detail about this all-rounder bike capable of running on all types of roads.

The new Honda XL750 Transalp comes with a long and sleek design. The front gets the same fairing as the CB500X and body panels similar to the Africa Twin. Above it are graphics that bring back the nostalgia of the 1980s. The bike rides on 21-inch and 18-inch spoked wheels at the front and rear respectively, perfect for riding uphill and downhill trails as an adventure bike.

Incidentally, the Transalp, which was launched last year, gave the world a taste of adventure bikes first. It has a seat height of 850 mm (820 mm available as an option) and an oil capacity of 16.9 litres. The fuel tank weighs 208 kg when fully filled. Also, Honda will match this bike with various traveling accessories.

The Honda XL750 Transalp is powered by a 755 cc parallel twin engine capable of producing 90.5 bhp power and 75 Nm torque. Additionally the engine has a slipper clutch.

Suspension duties are handled by a Showa-sourced 43mm USD fork at the front, which can be adjusted up to 200mm. It is equally adept at off-roading as well as long distance driving. At the rear, there is a 190mm adjustable shock absorber from the same company. The ground clearance of the bike is 210mm. There is also a 310mm dual disc braking system and ABS on the front wheels.

The Honda Transalp bike has a five-inch TFT display. There is also another custom mode including Sport, Standard, Rain, Gravel. The rider can adjust to four types of power, three types of engine braking and five types of traction control. Additionally, it is possible to turn off the traction control system and the rear wheel ABS when off-roading. Mobile phones can be connected to it via Bluetooth.

UPI payment can be done even without debit card, know how you can take advantage of this facility

For the first time in the history of Royal Enfield! Do you know these facts about Super Meteor 650?