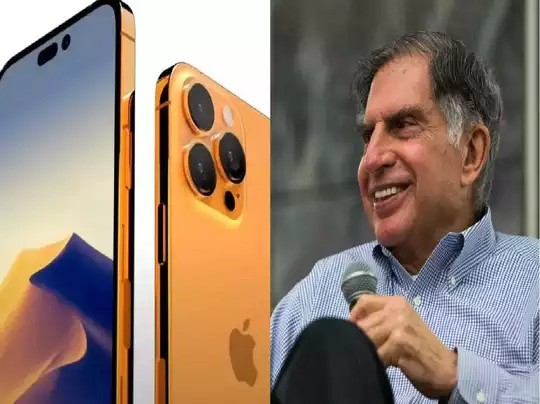 Tata group: Will the Tata group make the iPhone in India

Apple has already assembled several iPhone models including iPhone 12, iPhone 13, iPhone SE, and iPhone 11 in India with the help of its suppliers. The Cupertino-based company manufactures various iPhone models in India in partnership with three suppliers, Foxconn, Wistron, and Pegatron. Major Indian conglomerate Tata Group is now reported to have collaborated with Taiwanese giant Wistron to manufacture iPhones in India.

This is the first time that the Tata group is looking to manufacture smartphones locally. The company currently manufactures products including salt, cars, electric vehicles, and software in India. Meanwhile, Tata’s subsidiary Infinity Retail owns Croma, a leading retail chain of consumer electronics products in India.

However, so far no official information has been received from both company regarding the collaboration between Tata Group and Wistron. Obviously, the company aims to be the first Indian company to make an iPhone in India. Now if Tata were to manufacture the iPhone in India, it could enable the country to adopt a ‘Make in India’ strategy and eventually attract more global tech firms to the country to export products to other countries.

Now, if the Tata group ties up with Wistron to manufacture iPhones in India, it could start with the iPhone 14. Several reports in the past few months have suggested that Apple is looking at alternative manufacturing sites to reduce its dependence on China. Some reports also suggest that the tech giant is working with its Indian suppliers to manufacture the iPhone 14 in the country within the next 2-3 months, which is much earlier than last year or a few years.

I hope you get the all information about the Tata group: Will the Tata group make the iPhone in India? Not too late, and likely to be implemented soon If you like this article, you can share and comment. So that we too have a chance to learn something from your ideas and improve something.

AirPods Pro 2: If the charging case gets lost, Apple’s new AirPods will find it now