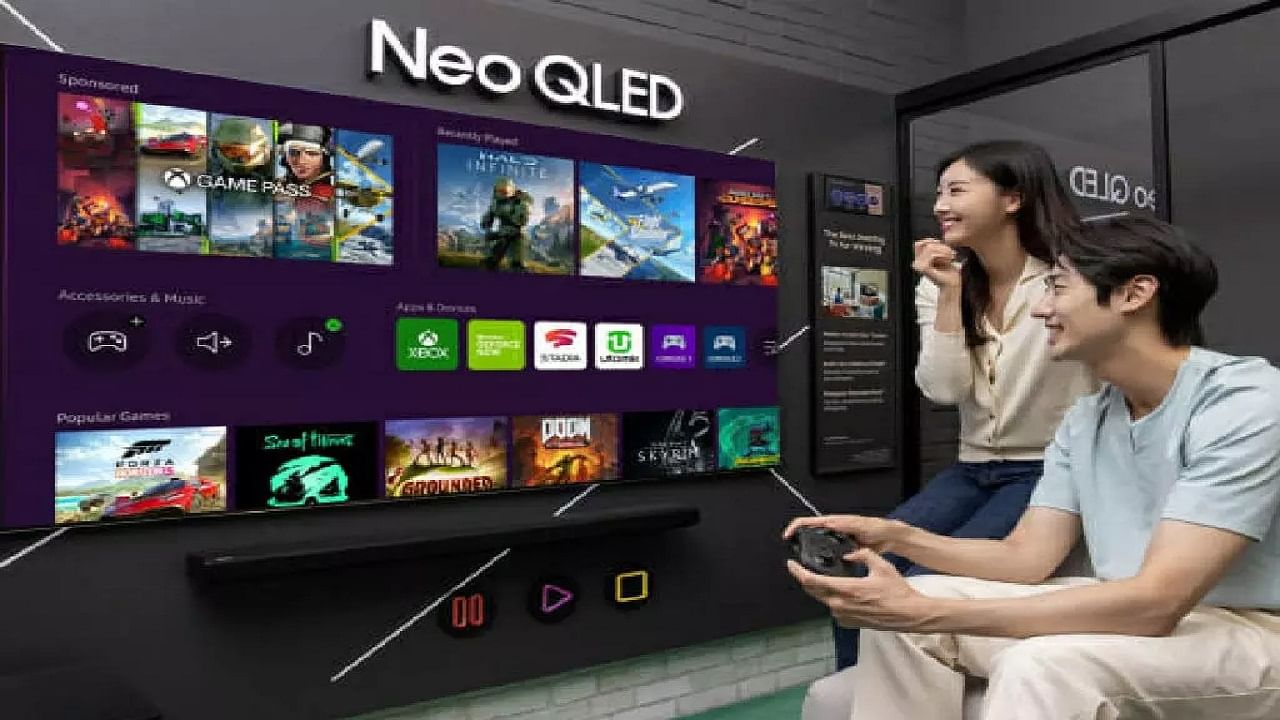 Samsung has teamed up with Microsoft to offer Xbox Game Pass and Xbox Wireless Controller with many of its smart TVs. This partnership is available on purchase of select Samsung Neo QLED Smart TV models in various screen sizes.

Xbox Game Pass for Free: Samsung has teamed up with Microsoft to offer a free Xbox Game Pass and an Xbox Wireless Controller with many of its Smart TVs. This partnership is available on purchase of select Samsung Neo QLED Smart TV models in various screen sizes.

The offer has started and the offer is valid from this month. However, this offer is currently available only in South Korea. However, Samsung has not yet announced anything about when this offer will be available in India. Since Samsung also sells the Neo QLED TV in India, it is expected to arrive in India as well. Incidentally, the Xbox Game Pass Ultimate subscription costs Rs 499 per month in India. On the other hand, an Xbox Wireless Controller now costs over Rs 5,000.

Samsung Neo QLED TVs are on offer with a 3-month Xbox Game Pass Ultimate subscription, an Xbox wireless controller bundled for free with some Neo QLED Smart TV models. These include the 43-inch KQ43QNB90 model, the 50-inch KQ50QNB90 model and the 85-inch KQ85QNB90 model.

Samsung’s KQ43QNB90 and KQ50QNB90 models are available on the company’s online store in South Korea. The KQ85QNB90 model is available on Samsung Digital Plaza. With the Gaming Hub, Samsung’s smart TVs and smart monitors can stream games through the cloud.


Games do not require a physical console to play. However, a subscription to any cloud gaming service like Microsoft Game Pass Ultimate or Nvidia GeForce Now is required.

Realme 10 launched with 50MP camera and 33W fast charging, what is the price?

Twitter: The new version of Twitter, this time with the official label, who will get this badge?