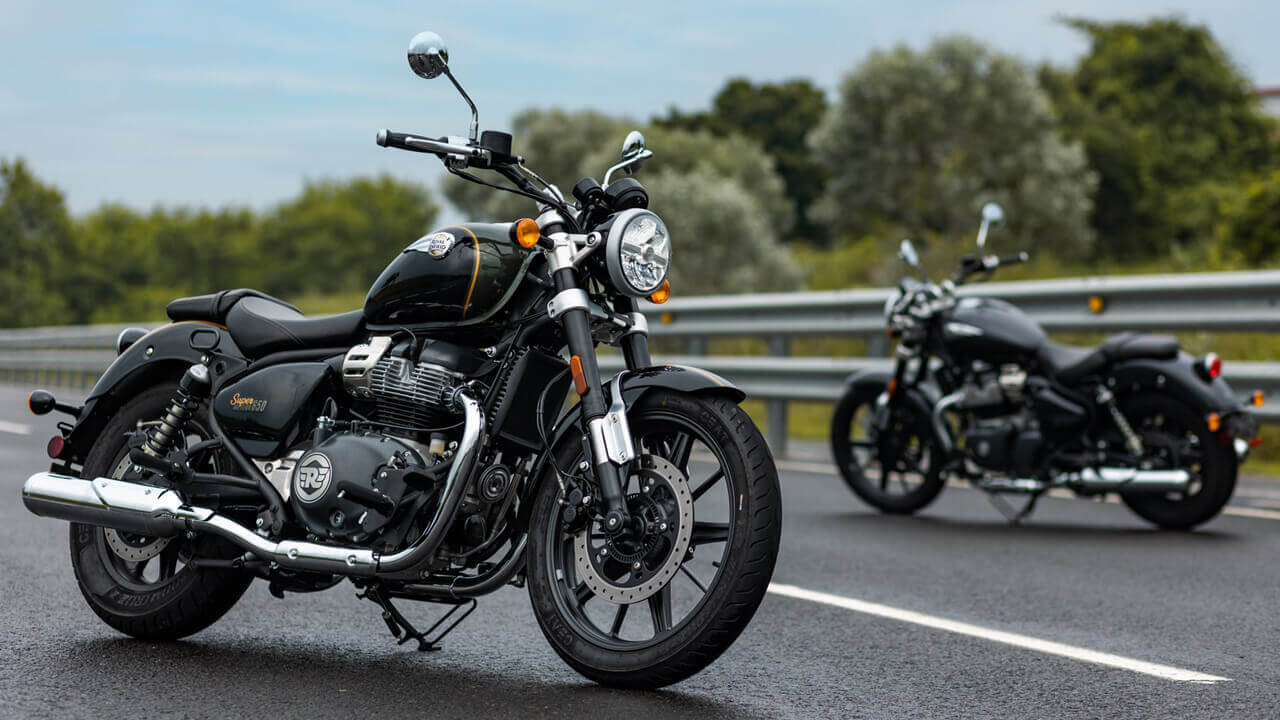 Royal Enfield is currently preparing several motorcycle launches in different segments. The first models on the list are the 650cc flagship cruiser bikes, the Royal Enfield Super Meteor 650 and Bullet 350. The cruiser bike was already on display at the recently concluded Ridermania in Goa. Here again, a longtime passion, the Bullet 350 was seen doing his trials on the road a few times. These are expected to enter the Indian market in the first half of 2023. Let’s find out more about both motorcycles.

As for hardware, it has Showa 43mm USD suspension. Braking includes 320 mm and 300 mm disc brakes on the front and rear wheels respectively. The Super Meteor 650 has a seat height of just 740mm off the ground and forward-set footpegs. Weighing in at 241 kg, it is the heaviest Royal Enfield motorcycle in the country. However, the ground clearance is only 135mm. The fuel tank also has a capacity of 15.7 liters. The standard variant comes with optional Astral and Interstellar color schemes. Tourer models, on the other hand, are available in a Celestial color option.

Like the company’s latest model, the new model falls under the J platform. Bullet 350As a result, we see a new engine and some design changes. It’s powered by the same 346cc single-cylinder air-cooled engine used in the Meteor, Hunter, and the new generation Classic, making 20.2bhp and he makes 27Nm of torque. You can also see the 5-speed gearbox. Engine vibration is greatly reduced. Kickstart is also expected to go up.

Modeled after the Meteor 350, the new Bullet features a traditional telescopic fork up front and twin shock absorbers at the rear. For added driver safety, the front and rear wheels are each equipped with disc and drum brakes with single-channel ABS.