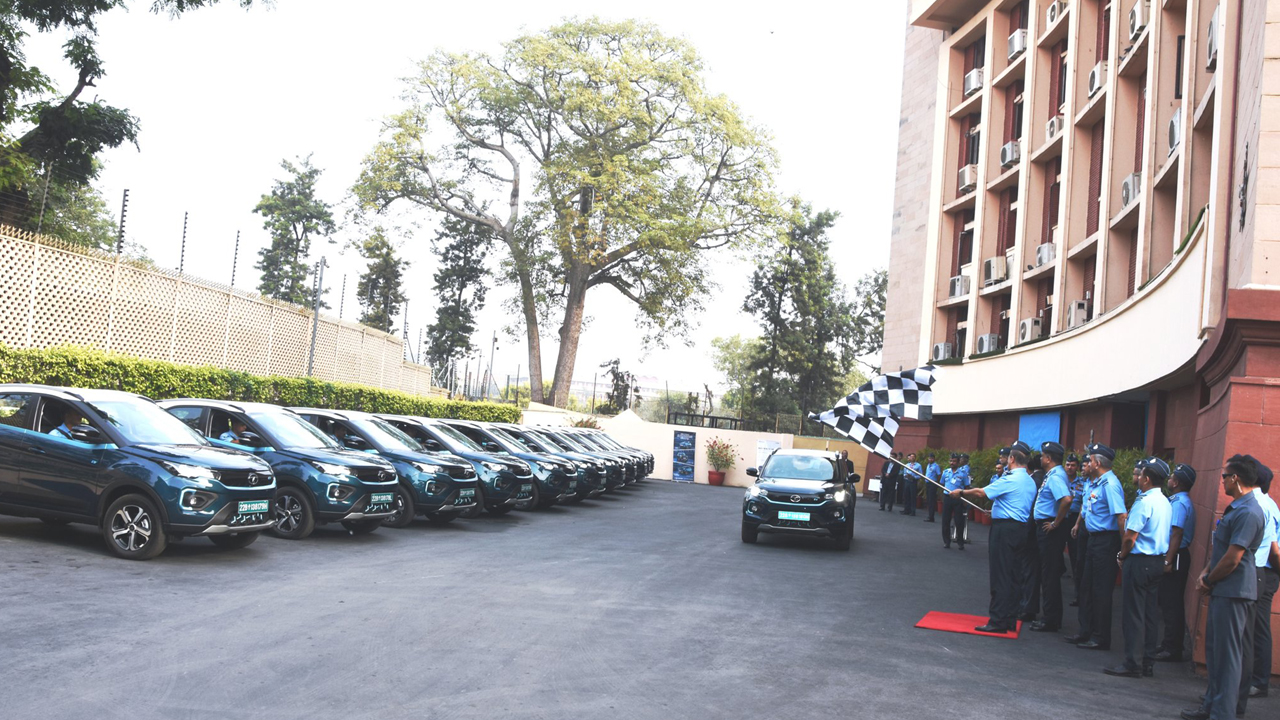 The Indian Air Force has announced that it will gradually electrify the vehicles it uses in the field. So 12 Nexons were added in the first phase. These are used at our New Delhi headquarters. Their move is to join the Indian government’s Green Mobility Initiative. But not just the Air Force, but last October the Indian Army also advocated replacing used vehicles with battery-powered vehicles.

Air Force Secretary VR Chowdhury launched the car trip program last Tuesday. In this regard, the Indian Ministry of Defense said in a press release that the Indian Air Force plans to replace all unusable vehicles with battery-powered vehicles. Apart from this, they are also thinking about building a suitable ecosystem and charging infrastructure for electric vehicles. ”

Not surprisingly, electric vehicle charging infrastructure will be installed at various air force bases in the coming days. At this time, we will be driving these 12 vehicles around Delhi and the capital to see how they perform. Needless to say, such a move by the Indian Defense Force demonstrates a positive outlook on future green mobility. In the coming days, electric cars, bicycles and electric buses will be used for various military missions.

By the way, the Tata Nexon EV has a 30.2kWh lithium-ion battery pack. The mileage on a full charge is 312km. In addition, the electric motor in Nexon’s atrium develops a peak power of 129 PS and a peak torque of 245 Nm. However, the motor used in the Max version of this model produces 141 bhp and 250 Nm of torque. The largest version is powered by a 40.5 kWh battery and can run up to 437 km on a single charge.The ex-showroom price of the Nexon EV starts at Tk 14.99 lakh.The ex-showroom price of the top model is Tk 200,400. .

Top 5 Used Cars: Used cars are in higher demand than new cars, do you know the names?

Find out about the 5 best electric scooters with removable batteries that can travel over 200 km on a full charge.