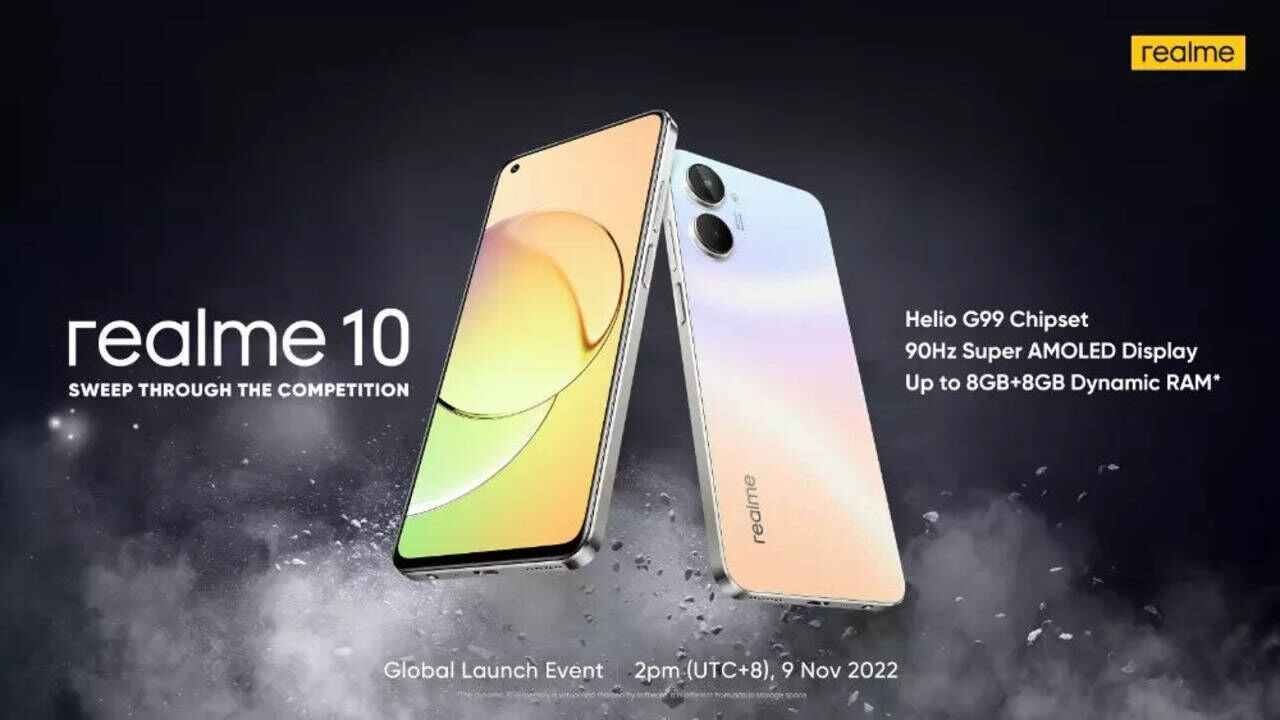 Customers can buy the Realme 10 phone in a total of four storage variants. The phone will be available in two colors Black and White. View prices and features of all models at a glance.

Realme has brought its next generation flagship phone. The Realme 10 series phone was officially launched in the global market. The vanilla Realme 10 model of this series has been launched for now, while the Pro models are yet to be launched. Realme 10 Pro and Realme 10 Pro+ can appear in China on November 17. However, the Realme 10 phone sports a unibody design, which looks a lot like the Realme 9i 5G. The company launched this phone exactly two months ago. Other key features include a 6.4-inch AMOLED display, MediaTek Helio G99 processor, up to 8GB of RAM, and 256GB of storage.

Customers can buy the Realme 10 phone in a total of four storage variants. The phone will be available in two colors Black and White. Let’s have a look at the prices of all the models of the phone at a glance.

Meanwhile, Realme India chief Madhav Seth has announced that a new Realme 10 smartphone with a curved display will be launching soon. It can be Realme 10 Pro or Realme 10 Pro+.

The Realme 10 phone flaunts a 6.4-inch full-HD+ AMOLED display with a resolution of 2400 x 1080 pixels and a 90Hz refresh rate. The front panel has a punch hole in the top left corner, which actually houses the selfie camera. In terms of performance, the Realme 10 will be powered by the MediaTek Helio G99 processor. The chipset is paired with up to 8GB of LPDDR4x RAM and 256GB of UFS 2.2 storage. The phone also supports Virtual RAM technology which uses inactive memory to increase the RAM capacity.

Realme 10 runs on Android 12-based Realme UI 3.0. However, Realme has not yet said anything about how many years of Android OS updates will be available for this smartphone.

Connectivity options include 4G, dual-band Wi-Fi, Bluetooth, GPS, a USB Type-C port for charging and data sync. There is also a 5000mAh battery with 33W fast-word charging support. The Realme 10 has a side-mounted fingerprint sensor for biometric security.


Realme 10 has a dual camera setup on the back, which is quite rare. This is because rivals in this segment usually pack three sensors at the back. There is a 50-megapixel main camera and a 2-megapixel depth sensor. The phone has a 16-megapixel front-facing sensor for selfies and video calls.