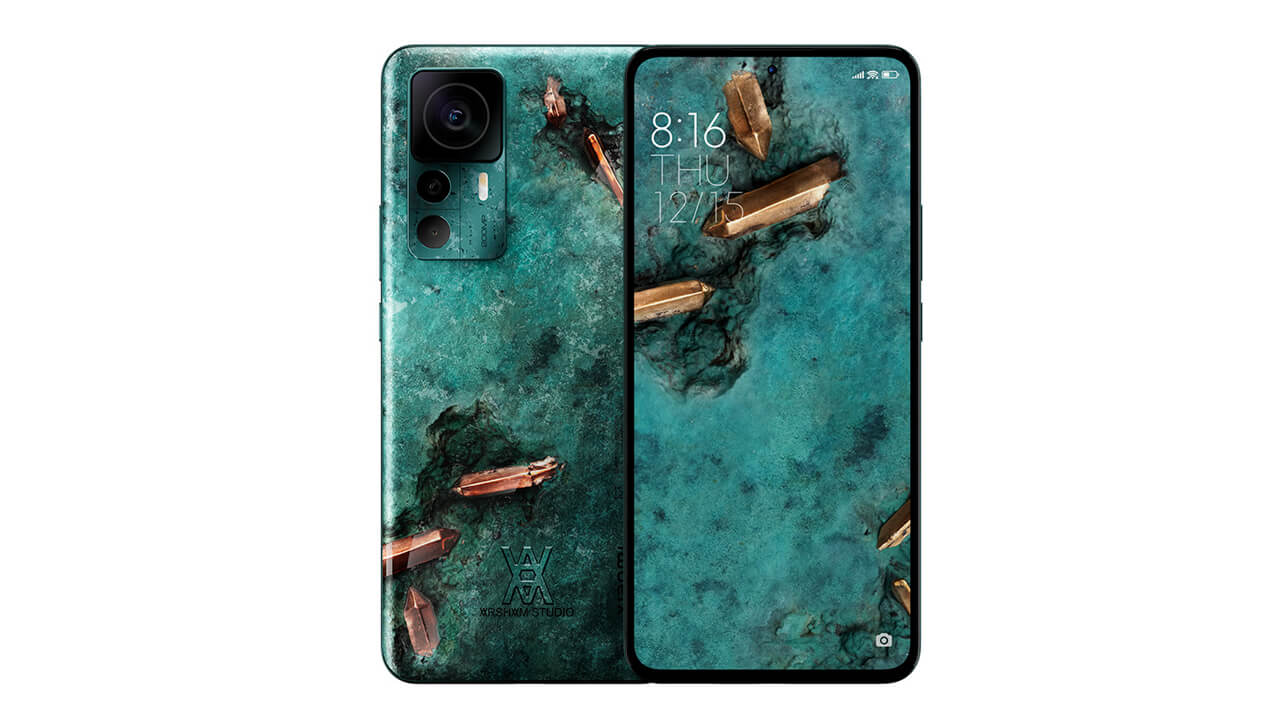 At the beginning of October last year, the Xiaomi 12T and Xiaomi 12T Pro were launched on the global market. And now the company has unveiled a limited edition smartphone called his Xiaomi 12T Pro Daniel Arsham Edition with an eye-catching look designed by the famous American artist. As with other limited editions, it also comes with customized accessories, packaging and user interface. According to Xiaomi, only 2,000 units of the new model will be produced and pre-orders will open from December 5th. Tell us more about the Xiaomi 12T Pro Daniel Arsham Edition.

The special edition model of Xiaomi 12 Pro was designed in collaboration with New York artist Daniel Arsham. Many people may know Arsham from the crystallized Pokémon sculptures that have gained quite a bit of popularity lately.

The Xiaomi 12 Pro Daniel Arsham Edition also features a style of fossilizing or decaying, which he calls “imaginary archaeology,” characteristic of the New York-based artist. The device features a bronze he crystal-like design set in a weathered patina. The crystals are not stretched, but are more convincing due to the gemstone printing in the coating and patina areas. Daniel Arsham says that in the next 20 years, people who own this phone will no longer use it as a phone, but as a sculpture. Once associated with a specific moment, the phone works beyond its capabilities.

In particular, the company has customized the user interface of the Xiaomi 12T Pro Daniel Arsham Edition to give it a more modern look. The smartphone comes with a custom-made gyroscopic wallpaper that maintains the decadent theme of Arsham. The wallpaper changes slowly as your device moves, creating a 3D effect.

The Xiaomi 12T Pro Daniel Arsham Edition is priced at around $932 (approximately Rs 76,200). Pre-orders start from December 5th, sales start from December 16th But remember that the phone will only be sold in France, Germany, Italy and Spain Interested buyers can visit Xiaomi’s official website Devices can be purchased from the site.