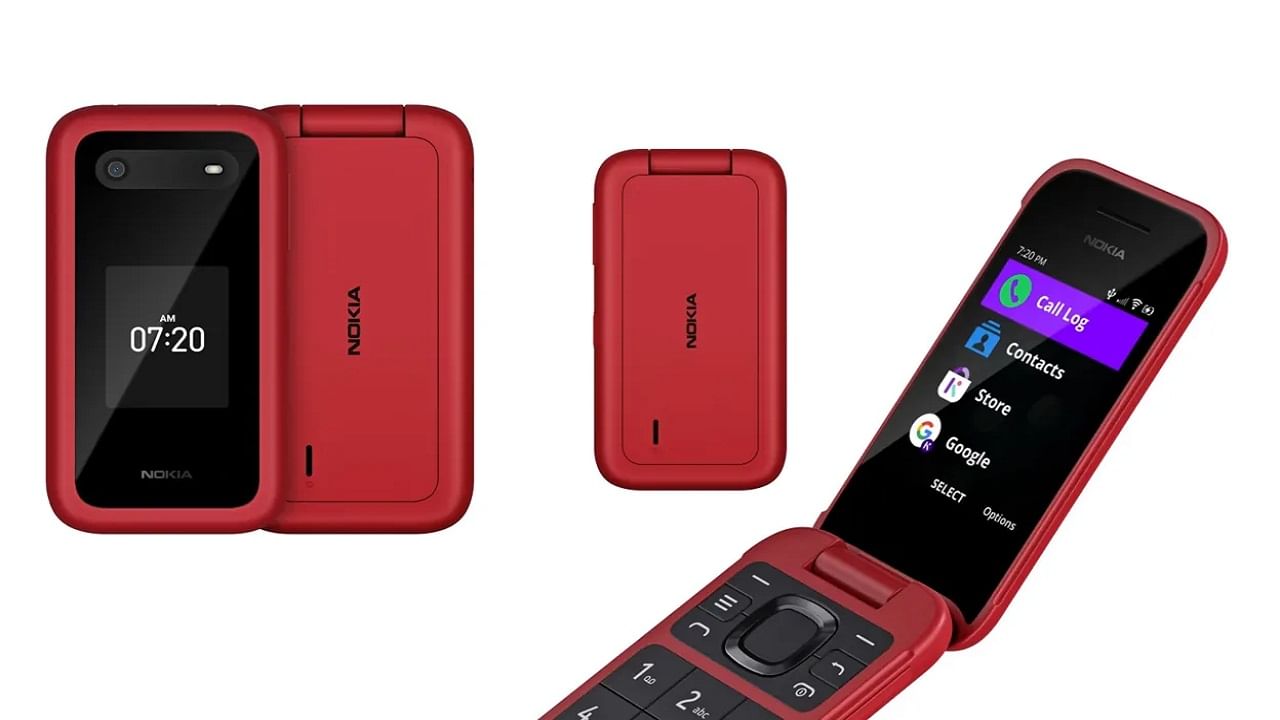 Nokia Feature Phone With WhatsApp: Nokia has come up with a new flip phone. The company’s latest feature phone is the Nokia 2780 Flip. What are the features, how much is the price, know complete information.

Nokia has come up with a new feature phone.

Nokia 2780 Flip Launched: Companies like Samsung, Apple are bringing smartphones with shelf-like design one after the other. Nokia’s brand licensee HMD Global is still focused on affordable, durable feature phones. The company has brought a new feature phone in India, which has a flip mechanism. The phone is mainly for entry-level users. Flip phones of yesteryear were the first, like the Moto RAZR V3i and the Nokia 7020 with a T9 keypad. The name of the new phone is Nokia 2780 Flip. The multi-coloured phone supports FM radio, has Wi-Fi 802.11 b/g/n. It also has 4G VoLTE like other Nokia feature phones. However, this phone does not have 5G connectivity.

At present, the Nokia 2780 Flip phone has been launched for the US market. There is no information yet on when the phone will be launched in other parts of the world. The phone is priced at US$89.99 in the US, which is approximately Rs 7,400 in Indian currency. The phone will be available in blue and red colours. Customers can buy the phone from November 7 on the official website of Nokia.

Meanwhile, the Nokia flip phone has already been launched in India. The model name is Nokia 2660 Flip, this phone has been brought to India for Rs 4,699. The phone will be available in three colors: Black, Blue and Red.


This phone supports Type-C port. This means you no longer need to carry a separate Micro-USB cable. As software, this phone has KaiOS, which supports WhatsApp.

Stella Moto’s first e-scooter ‘Buzz’ is coming in November, many attractive features will be available at a low price

Twitter back after outage: Twitter out since 3am, app back to normal but web still in trouble