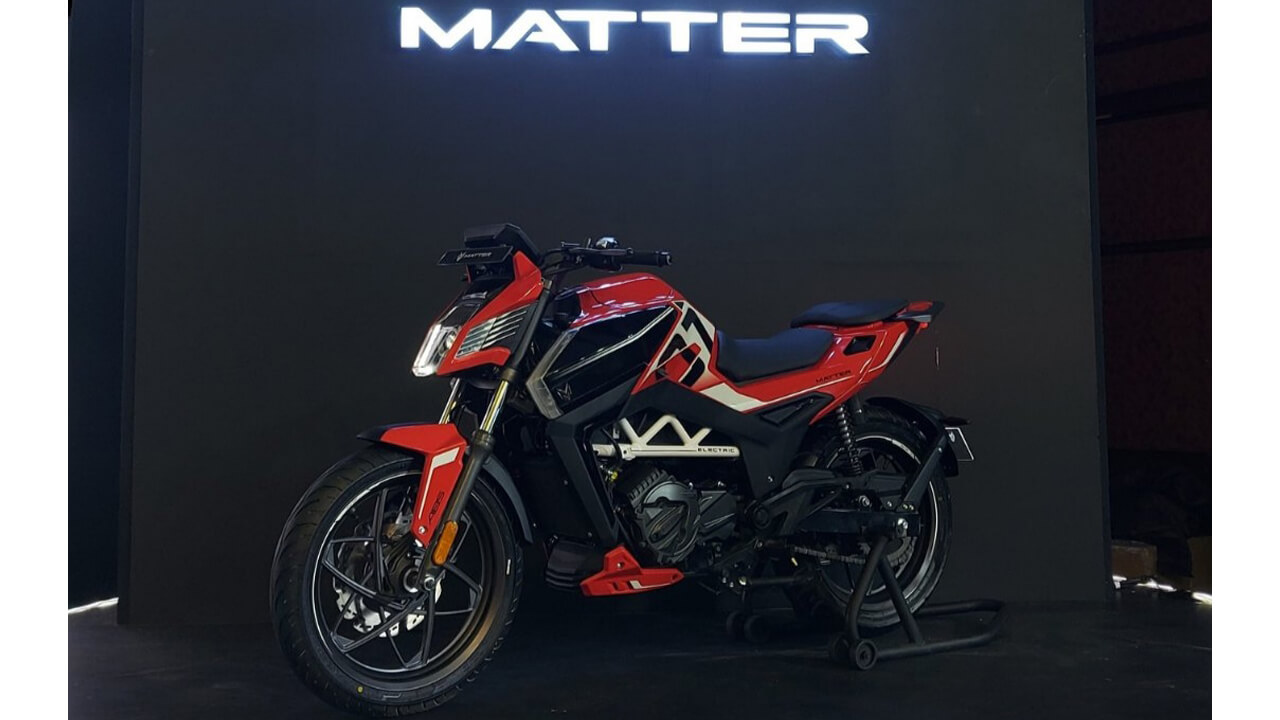 Matter Energy’s first e-bike debuted on the Indian market today. This refutes those who think e-bikes are less efficient than fossil fuel-powered motorcycles. Equipped with a 4-speed gearbox, ABS, and a water-cooled battery. As the first electric assist bicycle in Japan, it has these three features. Matter Energy claims their new motorcycles offer a range of 125-150km on a full charge.

The Matter e-bike features an IP67 rated liquid cooled 5.0 kWh battery. You can charge it in your home 5 amp socket. The motor has a maximum output of 10.5 kW and can generate 520 Nm of torque at the rear wheels. However, how true that claim is is subject to verification. You get a 4-speed gearbox like a traditional motorcycle with single-channel ABS.

The bike’s feature list includes a 7.0-inch touchscreen LCD. It features turn-by-turn navigation, notification alerts, and music playback. And all this can be controlled with the switchgear buttons on the steering wheel. Provide software updates at various times using over-the-air or OTA media.

Other notable features of the Matter e-bike include keyless operation with a fob key, an onboard charger and a 5 liter glovebox above the tank. Theft detection, charge rate, and ride stats can be tracked in the mobile app. It also has park assist.

Matter Energy’s e-bike is like a naked streetfighter in design. Equipped with full LED lighting and auto cancel indicator. There is also a split seat, handlebar race clips and a split rear grab rail. The bike comes in four color options: gray and neon, blue and gold, black and gold, and red/black/white.

The company announced that reservations for this upcoming e-bike will begin in the first quarter of 2023. Delivery will start in April. It is at his auto expo in India that he appears in three variations. As of now, nothing has been revealed about the name and price of the bike.