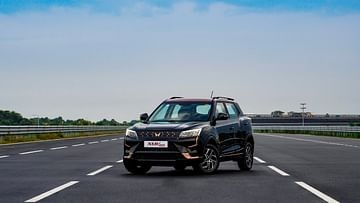 Mahindra XUV 400 Electric Vehicle (EV) has been launched in India. Mahindra said that the car will soon reach the cars of e-car enthusiasts in the country. The latest electric car can give tough competition to Tata Nixon EV Prime and Nixon EV Max. Mahindra’s new electric SUV is based on the eXUV300 concept, which was first showcased at the Auto Expo 2020. Mahindra has also made some important changes to this electric SUV. Both the interior and exterior of the electric car have been updated to make it easily distinguishable from the XUV 300.

When is the launch?

Customers can take a test drive of the XUV 400 from December this year. The price of Mahindra’s first electric car will be announced in January 2023 and bookings will start from then onwards. Mahindra XUV400 will be launched in 16 cities in the country in the first phase. The list includes Mumbai, Hyderabad, Delhi, Bengaluru, Kolkata, Chennai, Pune, Ahmedabad, Goa, Jaipur, Surat, Nagpur, Trivandrum, Nashik, Chandigarh, and Kochi.

Mahindra’s XUV 400 is powered by a 39.4 kWh battery, which is water and dust-proof. This rugged battery is made in India and comes with a chiller and heater for the battery. A 50 kWh DC fast charger is provided, which can charge the battery up to 80 percent in just 50 minutes. On the other hand, it will take just 6 hours and 30 minutes to fully charge using a 7.2 kW/32A outlet. Plus, it will take 13 hours to charge using the 3.3kW/16A home socket.

The driving range of the Mahindra XUV400 electric car is 456 km. This is claimed by MIDC or Indian Driving Cycle. Mahindra is also offering one-pedal driving with this car so that when the driver decelerates the accelerator, the car can apply the brakes and generate electricity automatically. Mahindra calls this ‘Live Mode’.

The wheelbase of the XUV 400 e-car is 2,600 mm, which is the same as the XUV 300. It measures 4,200 mm in length, 1,821 mm in width, and 1,634 mm in height. This means that the XUV400 EV is the most massive vehicle in the electric SUV segment. The car has a Twins-Peaks logo in a copper finish. The XUV400 looks very similar to the XUV300 but is distinguished by LED tail lamps, a revised front, and a new grille. 16-inch alloy wheels have been introduced, which have a diamond cut finish. The car gets an all-black theme with copper accents.

Will the XUV 400 perform well in any aspect?

Flipkart Offers: Latest Samsung Galaxy Z Fold 4 available at up to Rs.40,000 off

AirPods Pro 2: If the charging case gets lost, Apple’s new AirPods will find it now