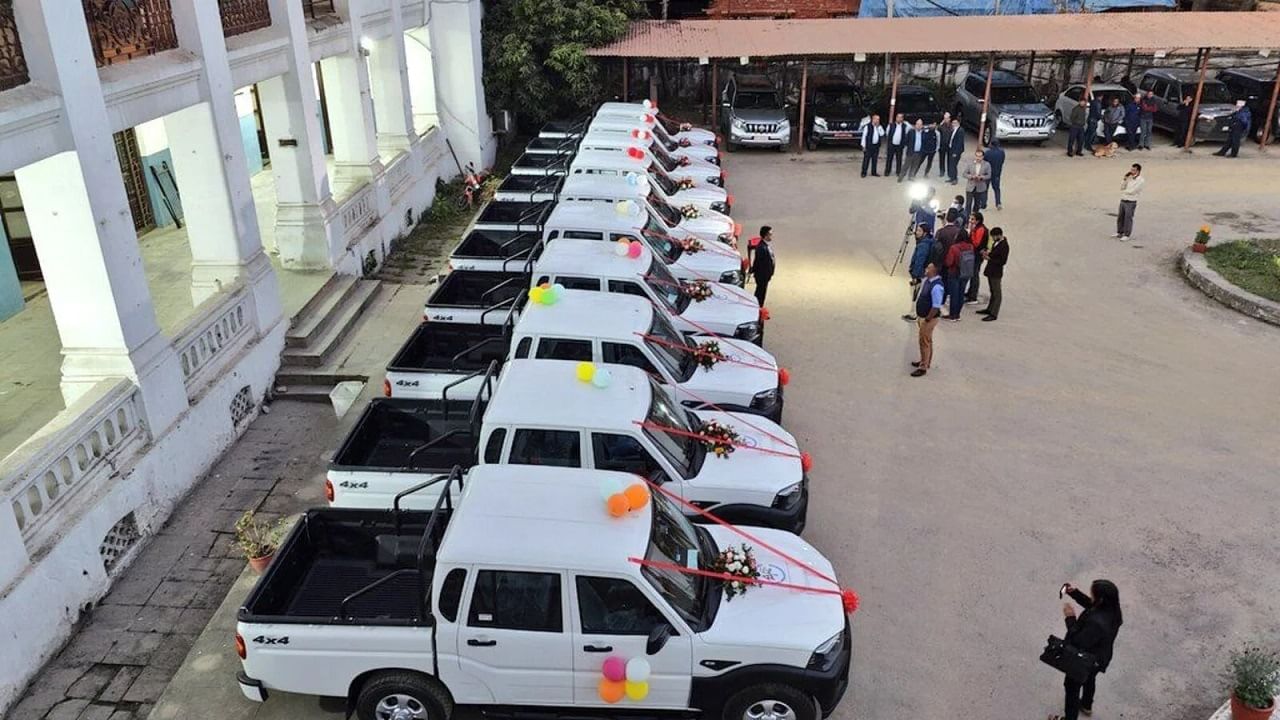 India gifts 80 Scorpios to Nepal: India has handed over 80 cars to Nepal. All these cars are Mahindra Scorpio. But why did India suddenly give so many cars to Nepal?

Those Mahindra Scorpio cars were sent from India to Nepal.

India and Nepal: India handed over 80 vehicles to Nepal. All these cars are Mahindra Scorpio. But why did India suddenly give so many cars to Nepal? It is known that the general elections are going to be held in Nepal soon. Last Thursday, 80 Mahindra Scorpio pickup trucks were sent from India to Nepal for that country’s Election Commission. Indian Ambassador to Nepal Naveen Srivastava handed over these pickup trucks to Nepal’s Chief Election Commissioner Dinesh Kumar Thapliya at a function. With this, India sent a total of 200 vehicles for the elections to the neighboring country.

India is working to send cars like this in support of Nepal on request basis. A total of 214 vehicles have been sent to the country so far. On that occasion, Nepal’s Chief Election Commissioner Thapaliya said, ’20 November 2022 is the general election in our country. These periodic elections are necessary to maintain the democratic system in our country. We still have 17 days to vote. The Government of India is helping us with vehicles, election material and other necessary assistance.”

Meanwhile, Indian Ambassador to Nepal Srivastava said, ‘India has always been a very good friend of Nepal. Our relation is very sweet. India has always welcomed the request of the Election Commission of Nepal being a neighboring and democratic country. And on the basis of that we handed over 80 cars today. These vehicles will be used in the elections in Nepal starting on November 20.

Of the 200 vehicles that India has sent to Nepal, 80 will be used for general elections, while the remaining 120 will be used by the country’s security forces. Due to the vast mountainous region of Nepal, Mahindra Scorpio car has been given keeping that aspect in mind.


But this is not the first time that India has gifted a car to Nepal. India has sent a total of 2400 vehicles to the country over the years so far, which are used by Nepal Police, Armed Police Forces and Nepal Army.

Avail Rs 1,000 off on Nothing ear sticks if you fulfill these conditions