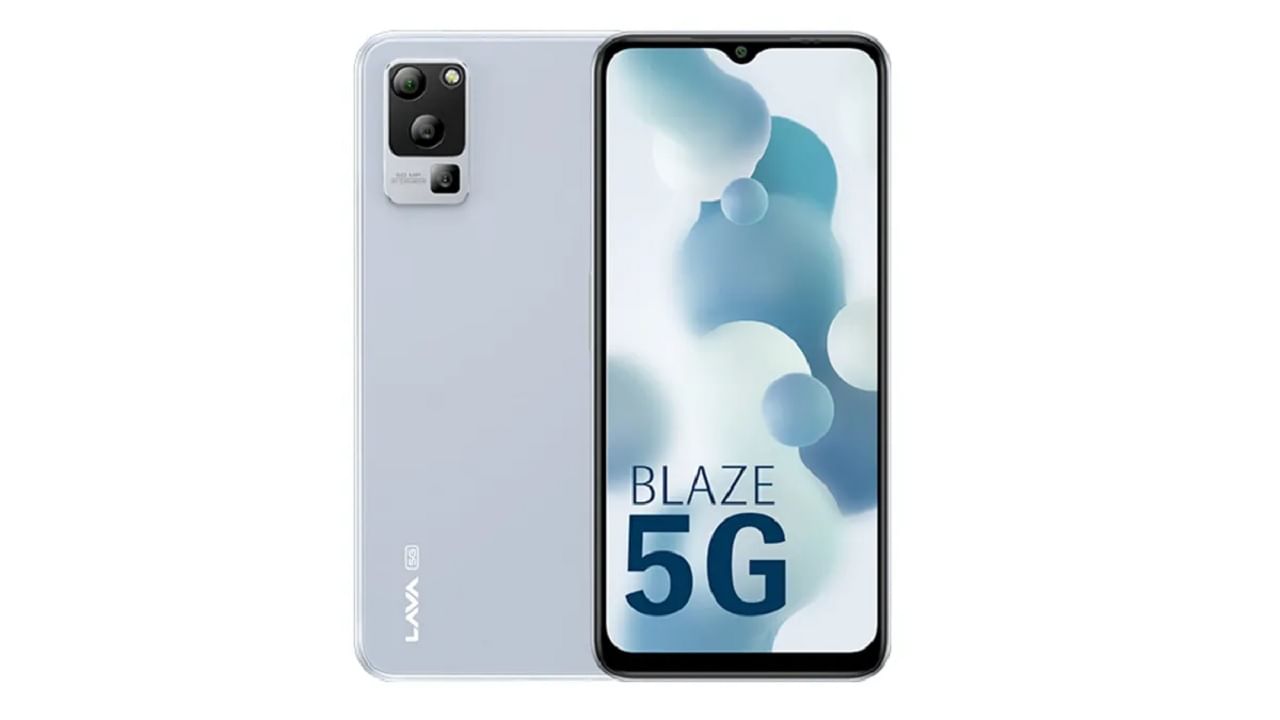 Lava Blaze 5G can be purchased from the e-commerce platform Amazon. The handset is priced at Rs 9,999 and is offered in Glass Blue and Glass Green color options. Know in detail about the features and specifications of the phone.

Lava Blaze 5G Launched: Domestic smartphone maker Lava has launched a new entry-level 5G phone, named Lava Blaze 5G. This phone has many important features and specifications at a low price. In terms of performance, this Lava handset will be powered by MediaTek chipset with Android 12 based software as operating system. The phone also has a 50MP primary camera. There is also a very powerful 5,000mAh battery.

The smartphone was first showcased at the India Mobile Congress last month. The handset has a glass back and looks like the Lava Blaze Pro that the company launched in September 2022. The smartphone offers 4G connectivity and has a 50MP triple camera setup at the back. Glass Blue, Glass Green Gold, Glass Green and Glass Orange are the color options of the Lava Blaze Pro. Its price is Rs 10,499.

At the same time, Lava Blaze 5G can be purchased from e-commerce platform Amazon. The handset is priced at Rs 9,999 and is offered in Glass Blue and Glass Green color options. However, the company has not yet made any disclosure about the availability of the phone.

Lava Blaze 5G phone has a 6.51 inch screen with 720×1600 HD+ resolution. The refresh rate of the phone’s display is 90Hz. For performance, the device has a MediaTek Dimensity 700 octa-core processor.

The handset has 4GB of RAM and 128GB of internal storage. Lava Blaze 5G phone will support virtual RAM up to 7 GB. The smartphone runs on Android 12 operating system. For selfie, users will get 8MP front camera. The front camera also supports face unlock.

Saying ‘Hey Siri’ will not answer, you will have to speak these words for the voice assistant.