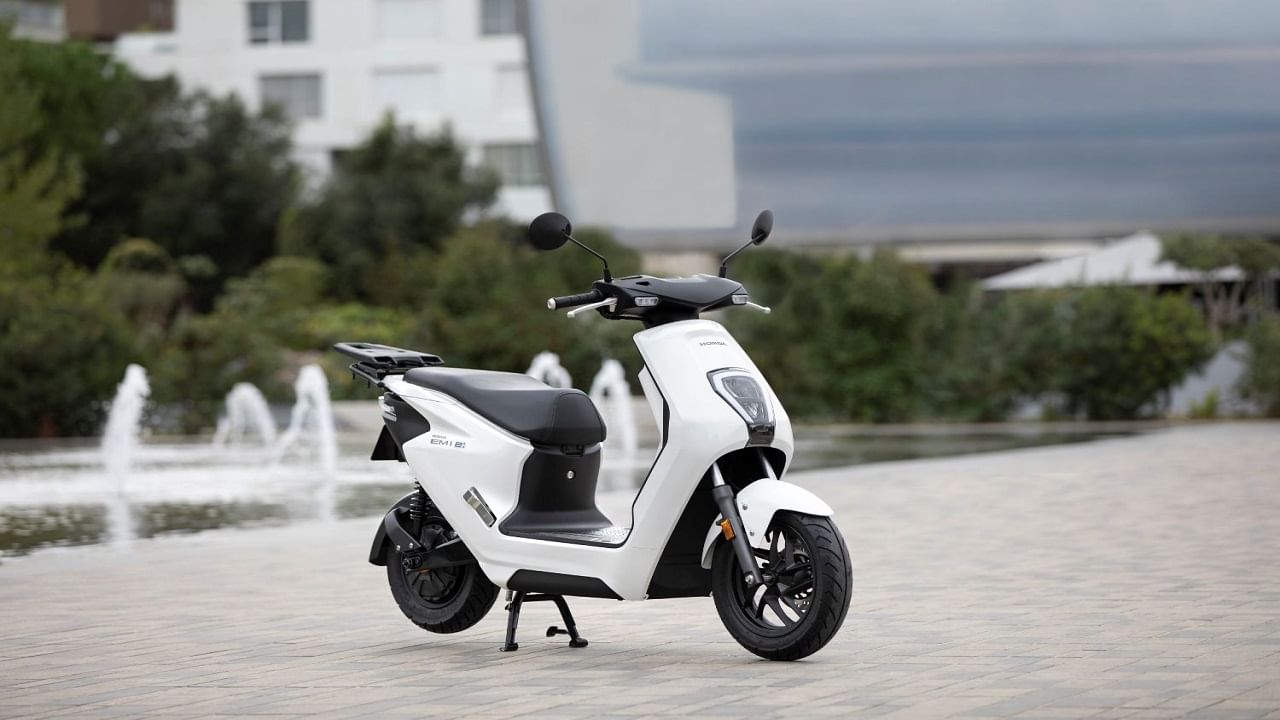 Electric Scooter: Although the scooter has EM in its name, it is an electric moped. But in reality the EM1 e-scooter does not have any pedals. Honda has just tried to make the design of this scooter attractive and different.

Honda is coming up with a pedal-less electric moped.

Although the name of the scooter has EM, that is, it is an electric moped. But in reality the EM1 e-scooter does not have any pedals. Honda has just tried to make the design of this scooter attractive and different. Instead of going overboard in trying to differentiate the design, Honda opted for a functional and futuristic design for this model. Electric scooters are primarily designed for small city commutes. The EM1 e features a flat floor with sleek styling. The headlamps are placed on the front apron, right where the indicators are mounted on the handle part.

As seen in the image, the Honda EM1 e: scooter sports a large luggage rack. And the luggage rack is mounted on the rear wheel. The scooter has a 12-inch front wheel and a 10-inch rear wheel. As can be seen in the picture, the scooter gets a front disc brake and a telescopic fork. Also, this scooter appears to be using a hub-mounted motor. In terms of illumination, the instrument console is all-LED and houses a simple LCD unit.

However, most of the specifications of the EM1 e are still under speculation. Because, no official information has been given by the company about the design and features of this e-scooter. More details, see pictures. The scooter is provided with a removable battery pack, called the Mobile Power Pack (MPP). The MPP is actually a swappable battery that can be removed from the scooter for charging on the bike. The company claims that it will be able to offer a range of over 40 km on a single charge.

Super Meteor trailer only, this time Royal Enfield will launch a bunch of new 450-650 cc bikes