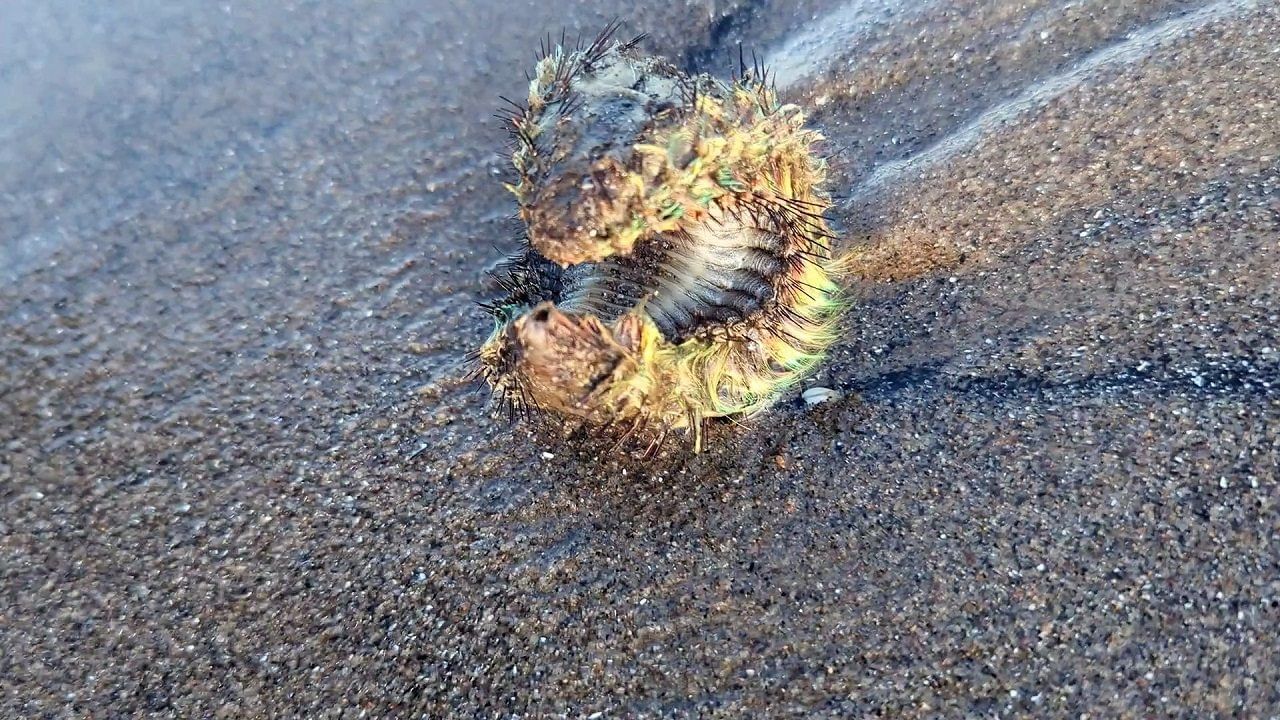 Alien News: A Fluorescent Green Object Was Recovered From A Scottish Beach. Anyone who first saw this creature thought it was an alien. But is it really an alien, find out what the experts say.

A strange animal, is it called an alien?

Fluorescent Green Alien: His strange color. looks very strange. A fluorescent green object was recovered from a beach in Scotland. Anyone who first saw the creature thought it was an alien. i found an animal At first he mistook the creature for a moss-covered pinecone. Later he found the animal alive.

“I saw a fluorescent green object with strange needles,” Arnott told media. I had no idea what it actually was. I was drawn to the surprising vibrant green and gold hues. When I flipped the object over, I saw many tiny feet. I have never seen such an animal before. I thought you might be a foreigner. Again this thought came to me, it might be a deep sea creature. ”

But Pete Haskell of the Scottish Wildlife Trust dismissed Arnott’s speculation. He claimed the animal was a sea rat, a type of worm. In the words of Pete Haskell, “The creature feels really strange after coming out of the water. But it’s a type of marine caterpillar found around the English coast.”

There are many reasons why this insect looks different from other marine life. It is the color of the animal’s shimmering green and golden fur. The bristles may also flash green, blue, or red to warn predators. It grows to about 30 cm in length and eats insects such as small crabs and hermit crabs.


A few days ago, a photo of a mysterious sea creature lying on the shores of an Irish beach took the internet by storm. Many users say the creature has pig-like features. People thought this animal looked like a “decapitated seal”.

Learn about the benefits of lower TV viewing fees and the start of NTO 2.0 next year