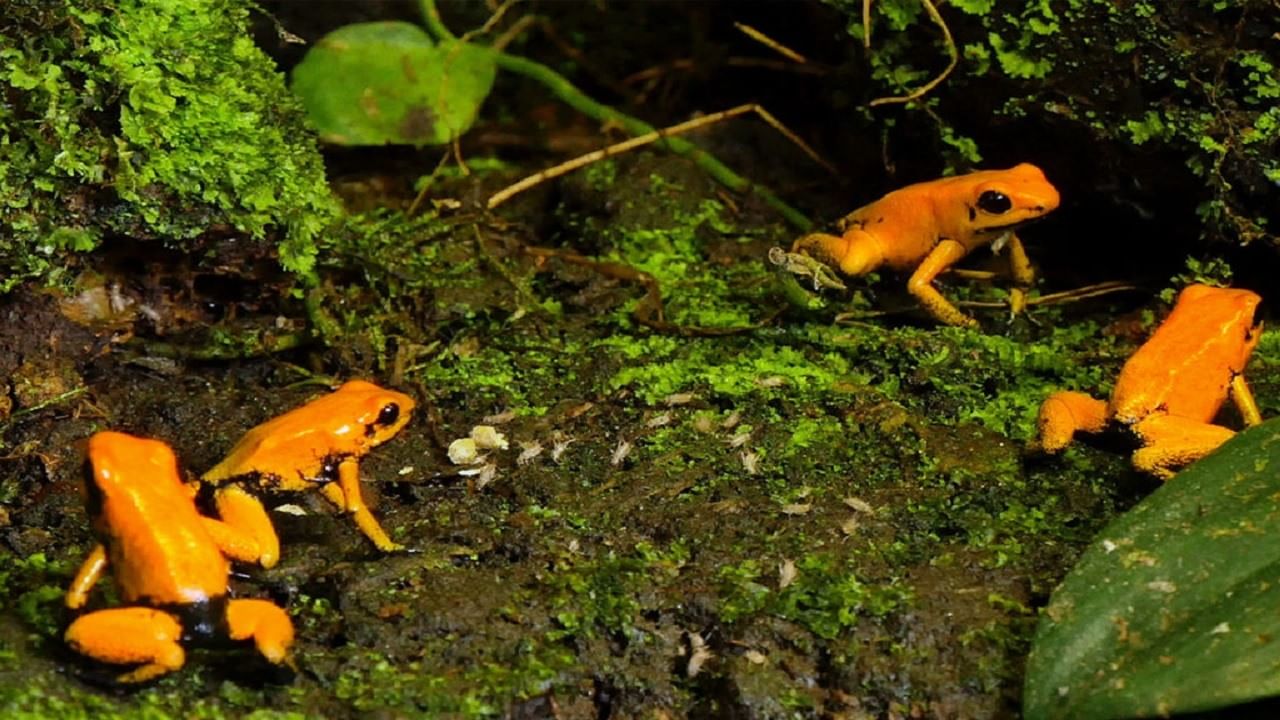 How gold poison kills a frog: There is such a frog in this world, which is very beautiful in appearance but that beauty can take a terrible form at any time. These frogs are called golden poison frogs. Know some unknown things about him.

Terrible is the golden poison frog.

Most Poisonous Frog: Various types of poisonous animals live in this world. We have heard and seen poisonous snakes. But have you ever heard of poisonous frogs? Yes, there is such a frog in this world, which is very beautiful to see, but that beauty can take a terrible form at any time. These frogs are called golden poison frogs. They are usually two inches or a bit larger or smaller. But the deadly thing is that they contain enough venom to kill ten big ones. For centuries, hunters in Colombia have used the venom of this type of frog to capture their prey.

According to the report of National Geographic, there is no information about why these frogs are so poisonous. However, their venom is believed to come mainly from plants and poisonous insects. This is because frogs born from such places do not have poison in their bodies. This frog is so poisonous that even touching it can cause death. People in medical research continue to try to use these frog species in the medical field. They believe that these frogs could be used to make medicine. Scientists are trying to make powerful pain-relieving drugs through it.

There are over 100 species of this spotted frog. Their average length is over an inch. Most frog species live in a small section of rainforest on the Pacific coast of Colombia. These frogs can live in large numbers in a small area. However, with the destruction of rainforests, the existence of these frogs is also on the verge of extinction.

The color of this frog can be yellow, orange or light green. Their colors also differ according to different places. These frogs can primarily use venom to repel predators. They feed mainly on flies, ants and termites.


The bodies of golden poison frogs are also poisonous. On sensing any kind of danger, the toxin is released from the skin. And when that poison directly falls on the human skin, then its terrible effect starts. The pulse begins to shrink and after some time the person may even die.