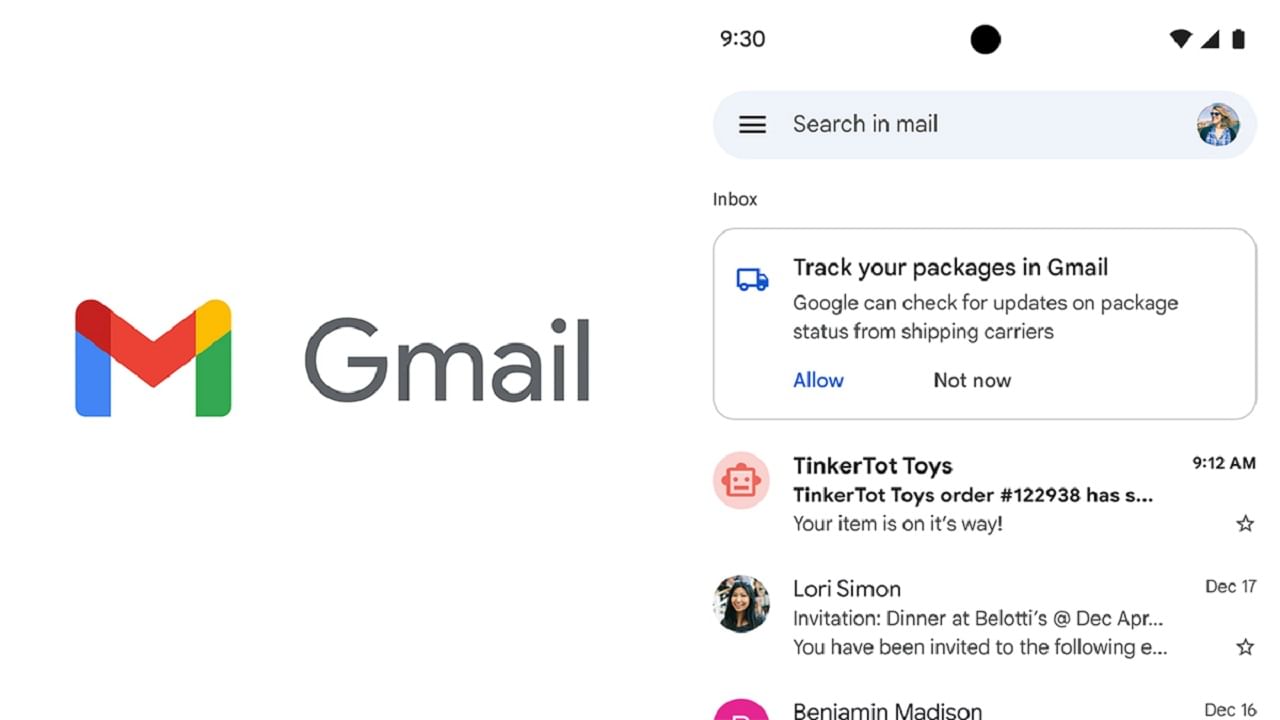 Package Tracking via Gmail Update: Now package tracking feature is coming for Gmail users. Most trackers lead to external websites for delivery details. However, Google is now bringing a special feature of direct delivery tracking for the users.

Gmail Latest Feature: Whether it’s to find a solution to a problem or find an answer to an unknown question – we just can’t move without the coaching of Google Sir! Day by day the search engine giant is making our life easier. That Google has now become even more important thanks to its email service, Gmail. A package tracking feature is now coming for Gmail users. Most trackers take to external websites for delivery details. However, Google is now bringing a special feature of direct delivery tracking for users.

The feature is being called Gmail Package Tracking. As the name suggests, this feature will work in your Gmail inbox. The search engine giant is going to update users in this regard in the next few weeks. Only through that update Google will ask your permission regarding package tracking. Initially, this feature will be launched in the United States. Then one by one it will be rolled out in different parts of the world.

In this regard, a blog post by Google reads, “Gmail is coming up with a new feature that will save a lot of time in all your order shipments.”

When you consent to Gmail tracking your delivery, users will see the order status at the bottom of the email header. Inside the mail you will see in a separate box all the delivery details including the status of the order, whether it is shipped or not, delivered or not and more.

“In the coming weeks, Gmail will offer a simple, useful view of your package tracking and delivery information in your inbox. For orders with a tracking number, Gmail will display your current delivery status in your Inbox list view and at the top of individual emails. Will display in a summary card,” Google added in a blog post.


Google is currently bringing this feature to the US market. There it will be available to the major US shipping carriers. Google hasn’t shared any timeline for rolling out the feature to other markets yet. It is believed that this tool will be gradually rolled out in other countries as well. Google will send you an update about when this Gmail package tracking feature will be launched in India and other countries around the world.

Stella Moto’s first e-scooter ‘Buzz’ is coming in November, many attractive features will be available at a low price