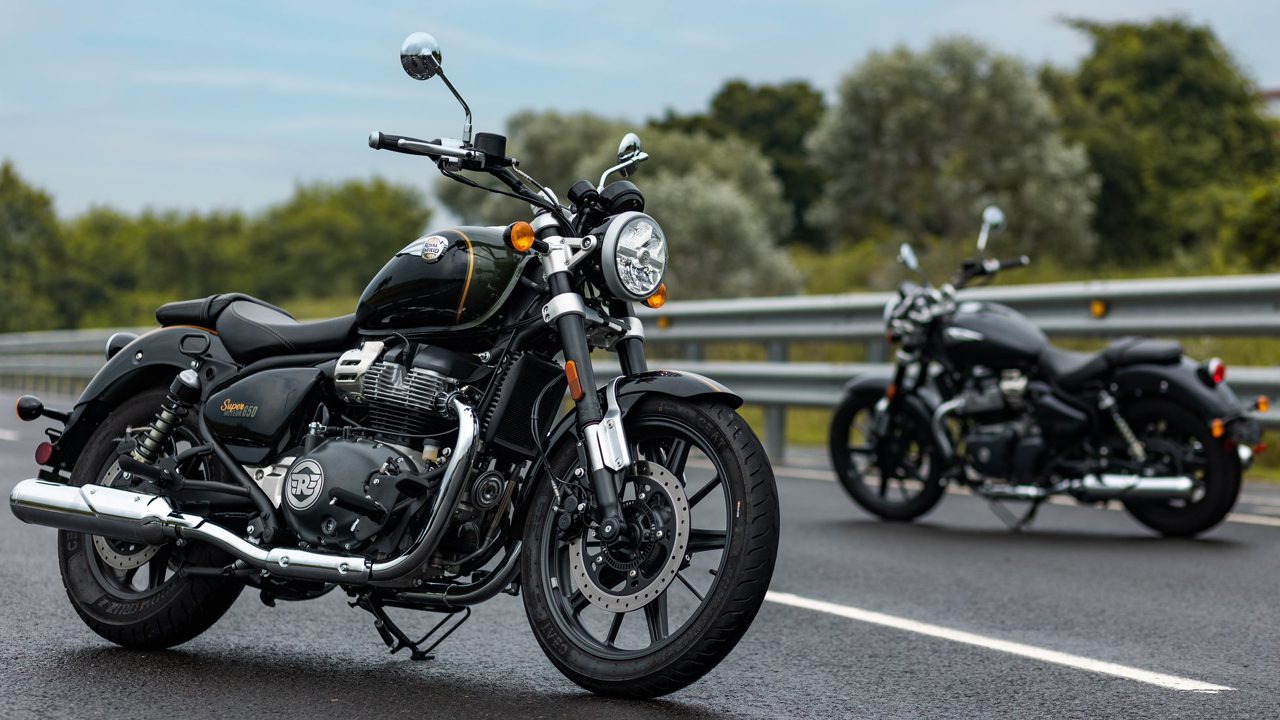 Royal Enfield’s much-loved motorcycle Super Meteor 650 (Super Meteor 650) made its debut at the EICMA 2022 held in Milan, Italy. Spy cameras were caught testing the model for several months. But the launch on Indian soil will have to wait a few more days. Rider Mania will be organized on November 18 in Goa, a small state situated on the shores of the Arabian Sea. Where the curtain will be raised for the first time from this 650 cc bike. This report sheds light on some unknown aspects of super meteors.

Belonging to the entire cruiser family, the Meteor 650 has a seat height of just 740mm. They walked this route keeping in mind the drivers of all heights. Also, the height of heavy bikes is usually less. The weight of this model of Royal Enfield is 241 kg, which is the highest among all the models made by the company in recent times. Since the footpegs are positioned slightly forward, the rider can ride in a comfortable posture for a long time. But the main problem is its extremely low ground clearance. Ground clearance of just 135 mm is too risky for roads like India.

The newly launched Super Meteor 650 will be available in two variants, Standard and Tourer. The standard version has two color combinations, Astral and Interstellar. At the same time, there will be a coating of Celestial color on the tourer version. It also gets a large and transparent windscreen and pillion backrest. Astral has three paint schemes, while the other two have two color combinations each. According to this variant, the price can be around Rs 4 lakh.

The Super Meteor 650 features a 43mm USD fork from Showa at the front, a first in the history of Royal Enfield. LED headlights have been given in the front. The standard variant of the model also gets aluminum casting and switch cluster with tripper navigation system, a first for the company’s 650cc bike. Notable features include slipper clutch, dual channel ABS and semi-digital console.

The Super Meteor 650 is powered by Royal Enfield’s popular 648 cc parallel twin air/oil cooled engine. It will generate 47 HP of max power and 52 Nm of torque. Royal Enfield claims that the maximum torque at 2500 rpm will be up to 80 percent.

Any product can be bought cheaply, every day festive sale is going on on Flipkart