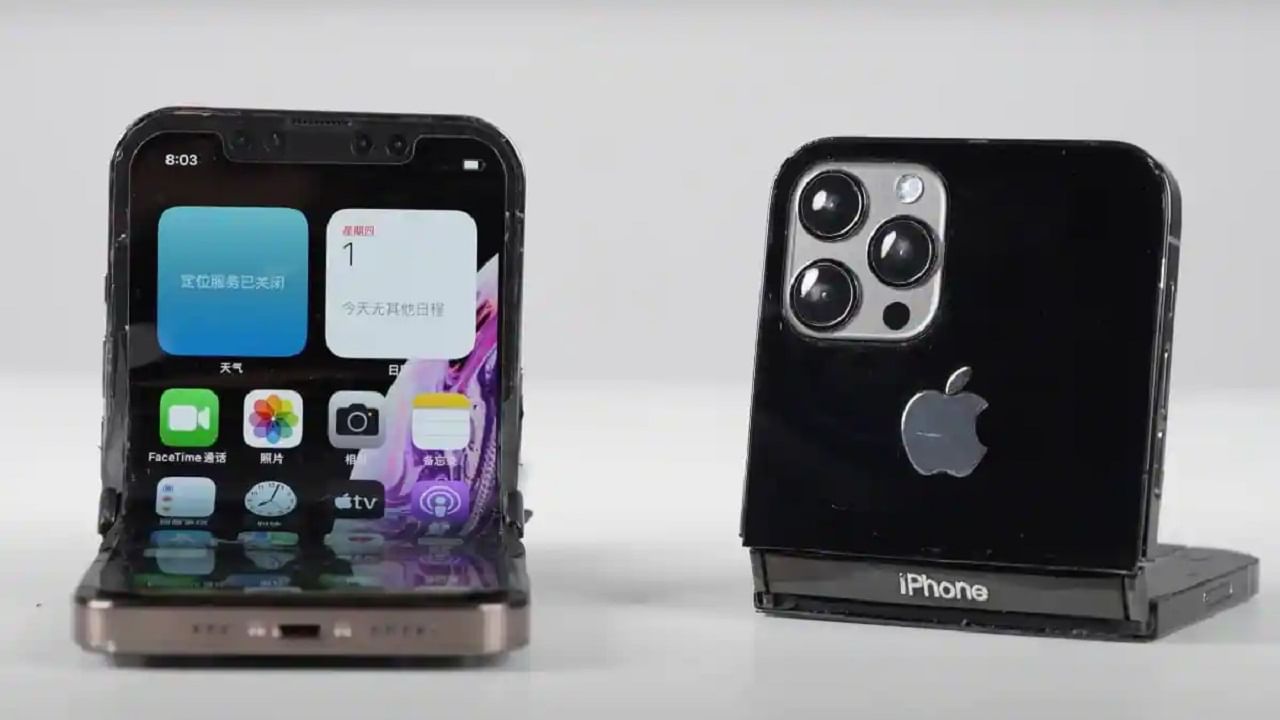 Foldable iPhone Prototype: A Chinese YouTuber recently shared a video. There he showed a foldable phone. According to him, this is a foldable model of the iPhone, which is called iPhone V.

iPhone V details: Apple is working on a foldable phone, or so the speculations suggest. Speculation, this is because Apple hasn’t made any confirmation about it yet. However, recently a Chinese YouTuber has shared a video. There he showed a foldable phone. According to him, this is a foldable model of the iPhone, which is called iPhone V. He also claimed that the iPhone V is built using the internal components of the iPhone X and the foldable chassis of the Motorola Razr. He also claimed that he made this foldable iPhone or similar model himself.

Chyna This YouTuber is an engineer by profession. He went through a process of trial and error to create a functional iPhone that could be halved. However, they had to compromise on a number of features to achieve the desired form factor. The whole process has been uploaded to the YouTube channel “Scientific and Technological Aesthetics”. There you can see how this foldable iPhone folds up.

The YouTuber tested out different hinge types to create this foldable iPhone, which eventually landed on the chassis of the Motorola Razr. He delimited the iPhone screen, removed a speaker. It also removes wireless charging, MagSafe components, and the original battery. They used a small custom 1,000 mAh battery to fit in the small space. Some 3D printed parts in the process, and the compromises he made to build a functional device, prove just how good he is at it.

As can be seen in the video, the touch functionality of iPhone is working properly and iOS is also running normally. Now, to make sure this foldable screen works well with touch, an engineer installs custom software via jailbreak. However, the final product looks more like a bendable phone than a foldable phone. The engineer used a delimited iPhone screen, which can only be bent at a certain angle. The screen curves around the edges, but doesn’t touch the chassis. He also showed that the display can be switched off at any time from the device.


The engineer confirmed in the video that the device’s screen broke after being folded several times. However, the manufacturer treats this device as a prototype and claims it to be version 0.1. He also wants to complete the process of making better equipment.

Google Stadia Refund: Stadia is about to be closed, Google has started the process of refunding users’ money