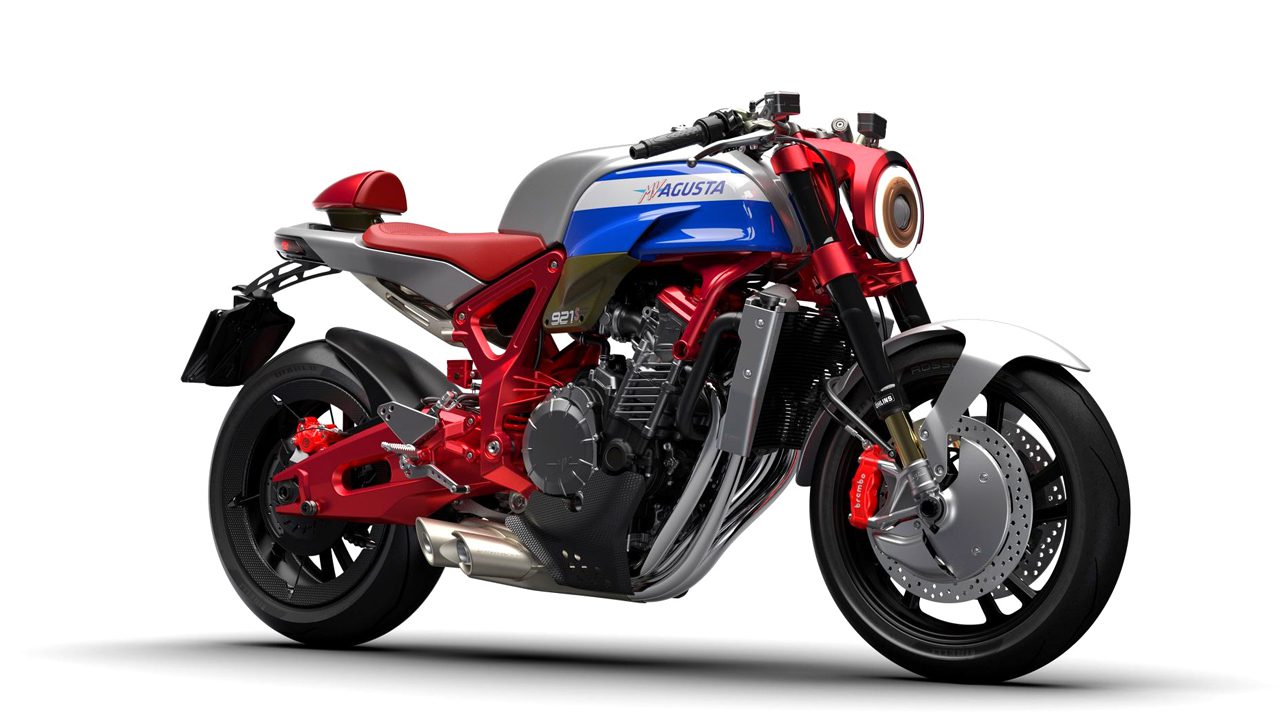 The EICMA motorcycle show in Italy has come to an end. A little less majestic than in other eras, many companies have given us a glimpse of their new models, one of which is Italian superbike company MV Agusta. They unveiled a new cafe racer concept model. Name – MV Agusta 921 S. The futuristic design of the motorcycle has already captivated everyone.

The 921 S is inspired by the 1973 MV Agusta 750S. Vintage and modern – two harmonies can be found in cafe racer bikes. The company has been making bikes continuously for the past year. It is built on a walled tubular trellis frame. The engine is installed inside. An aluminum alloy side plate is attached to the frame with a large swing arm.

The 921 S has “elegant air intakes” on either side of the fuel tank, allowing air to be pumped into the engine. Apart from the engine, this air enters the throttle and injectors. It has a 4.5-inch touchscreen display, handlebar clip, rear LED lights and low exhaust ports. Sanskar has announced that this bike will hit the market in his mid-2024.

As the name suggests, this bike has a 921 cc inline 4-cylinder engine. It makes 115.5 bhp of power and 116.6 Nm of torque. A new camshaft profile fitted to the engine helps improve the throttle system. A countershaft is used to suppress engine vibration.

The MV 921 S is equipped with upside-down suspension from Öhlins. Preload-adjustable monoshock absorber on the rear. There are 17 inch aluminum alloy wheels on two wheels with carbon fiber covers. The brakes are equipped with 320 km and 220 mm disc brakes at the front and rear respectively. Dual-piston calipers are available.

Other features on the bike include cruise control, traction control and four riding modes. The carburettor weight of the bike is 205 kg. MV claims the 921 S has a top speed of 218 km/h.