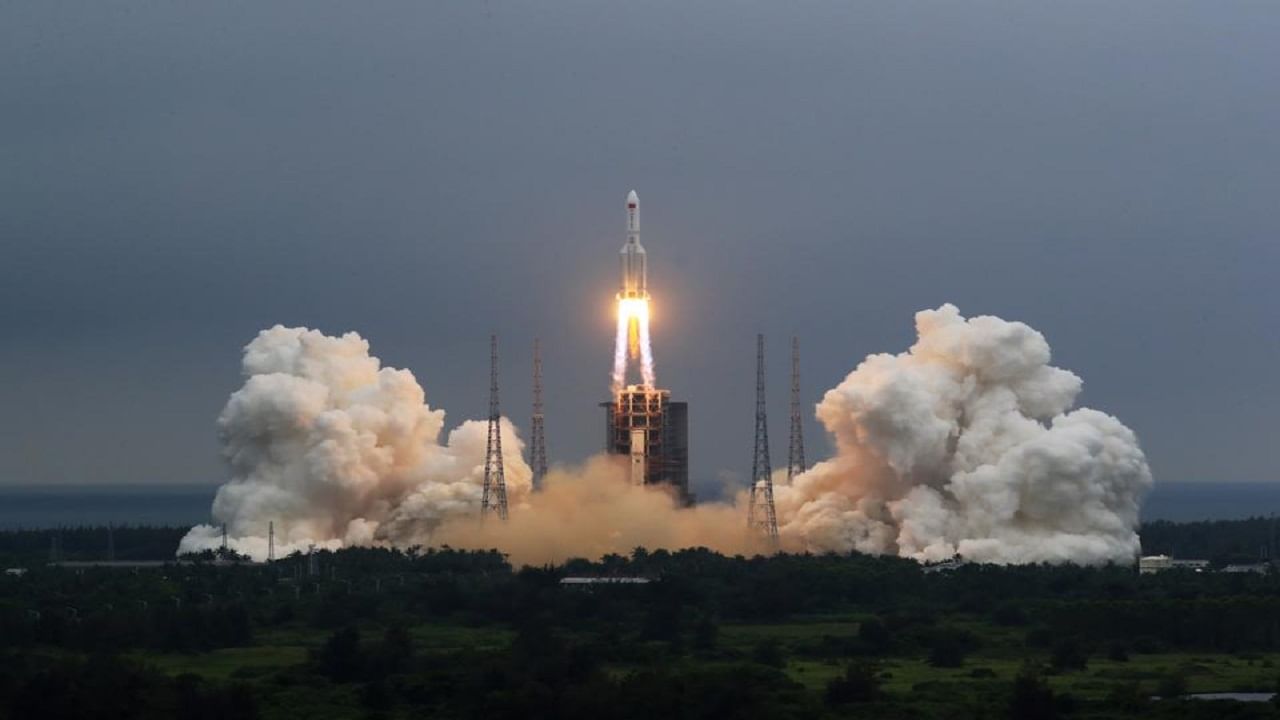 Long March 5B Falling Back to Earth: The Long March 5B Chinese rocket, which carried the Mengtian module into space, is finally returning to Earth. Multiple media reports have indicated that Beijing has yet to confirm the controlled deorbit of the rocket’s main stage.

The giant rocket is coming back to Earth.

Chinese Rocket: The Long March 5B Chinese rocket that carried the Mengtian module into space is finally returning to Earth. The rocket is returning to Earth days after launching and docking the third module with the space station under construction. Several media reports have indicated that Beijing has yet to confirm a controlled deorbit of the rocket’s core stage. As a result, it is unclear where the massive 23-tonne rocket will land on Earth.

The China Manned Space Agency (CSMA) launched a Long March 5B rocket with the Mengtian module at Tiangong, marking the completion of the flight laboratory. The rocket is on a path toward the planet, where it is believed to crash into Earth’s atmosphere and burn up. But past experience has shown that some parts survive the destructive re-entry of surface burns.

“For those keeping track of previous versions of this: here we go again. While no one has to change their life because of this, 88 percent of the world’s population is at risk, and therefore more than seven billion people are potentially at risk. Huh.” Engineer at Aerospace Corporation, as the saying goes.

However, the panel of experts from the Aerospace Corporation said that they were not exaggerating the incident. They also point out, “The risk for one person is six in 10 trillion. That’s a really, really small number.”

Earlier this year, the first stage of Long March 5B made an uncontrolled re-entry through Earth’s atmosphere over Southeast Asia. The re-entry took place about six days after the rocket launched with Wentian, the second of the three modules of the Chinese space station. Although China did not give any information about the main landing stage of the rocket, it touched down over the Indian Ocean.

Although most rockets burn in the atmosphere. However, the remains of boosters and launchers have been found in parts of Southeast Asia, including Malaysia and Indonesia. In the past, West Asian countries have accused China of never providing information about rocket crashes and re-entry paths or debris assessments.

Tiangong will be the second low-Earth outpost after the NASA-led International Space Station. The Tianhe, Wentian and Mengtian Lab modules will form the basic T-shaped structure of the Chinese space station.


The Tiangong space station is a jewel in Beijing’s ambitious space programme, which has landed robotic rovers on Mars and the Moon and made China the third country to put humans into orbit.

5G on APPLE iPhone India: iOS 16 Beta Software Program Launched on November 7, iPhone Users Can Get a Taste of 5G

Free j5G speed will be available in 4G phones, Jio introduced new service for customers of all companies