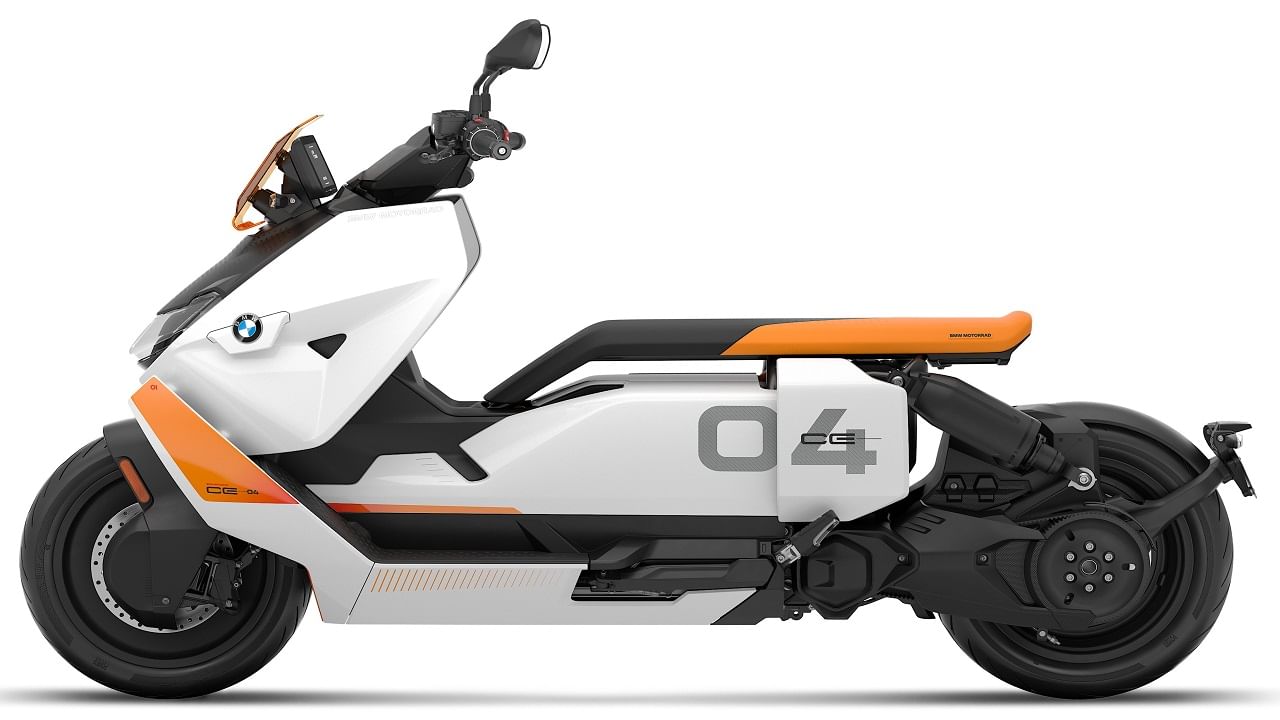 The BMW CE 04 electric scooter has been launched in two variants – Standard and Avantgrade. The e-scooter has been seen in a shiny sporty look. However, there is only one color variant of this electric BMW scooter.

BMW cars are a big deal. There is always a craze among people regarding the company’s luxury sports, even if they cannot buy it, at least they discuss it. BMW also manufactures scooters. The company first launched its scooter BMW CE 04 in 2017. Now BMW is going to launch that scooter officially. And the price that the company is charging can give sleepless nights to anyone. The BMW CE 04 model is an electric scooter. BMW’s first electric scooter packs a host of advanced features. Basically the scooter has been made keeping in mind the urban areas. How is its design, features and specifications, see all the information at a glance.

The BMW CE 04 electric scooter has been launched in two variants – Standard and Avantgrade. The e-scooter is seen in a dazzling sporty look. However, there is only one color variant of this electric BMW scooter. The front of the variant is white with a black surface finish. The seat capacity of this scooter is also quite big. The Avantgrade variant, on the other hand, costs a bit more, but has a completely different look. It has a combination of black and orange colors. A lot of work has also been done on the graphics.

BMW CE 04 electric scooter price in India is reported to start at Rs 9.36 lakh. However, this BMW scooter is still not being sold in the Indian market. It is reported that soon the sale of this scooter will start in the country. However, according to multiple sources, the high-end model of the BMW CE 04 e-scooter could cost up to Rs 14 lakh in India.

This scooter has a 31 kW motor. It is capable of producing a maximum power of 42 HP. The BMW CE 04 can accelerate from 0 to 50 kmph in just 2.6 seconds. The maximum speed of this electric scooter is 120 kmph.


The BMW CE 04 scooter has an 8.9 kWh battery. This scooter can run up to 130 km on full charge. Its biggest feature is the battery inside the floor board, which is rarely seen. And it takes only 1 hour 40 minutes for the battery to be fully charged. Riders can use the 6.9kW charger for the scooter. Also, it takes about 4 hours 20 minutes to charge with a normal 2.3kW charger.