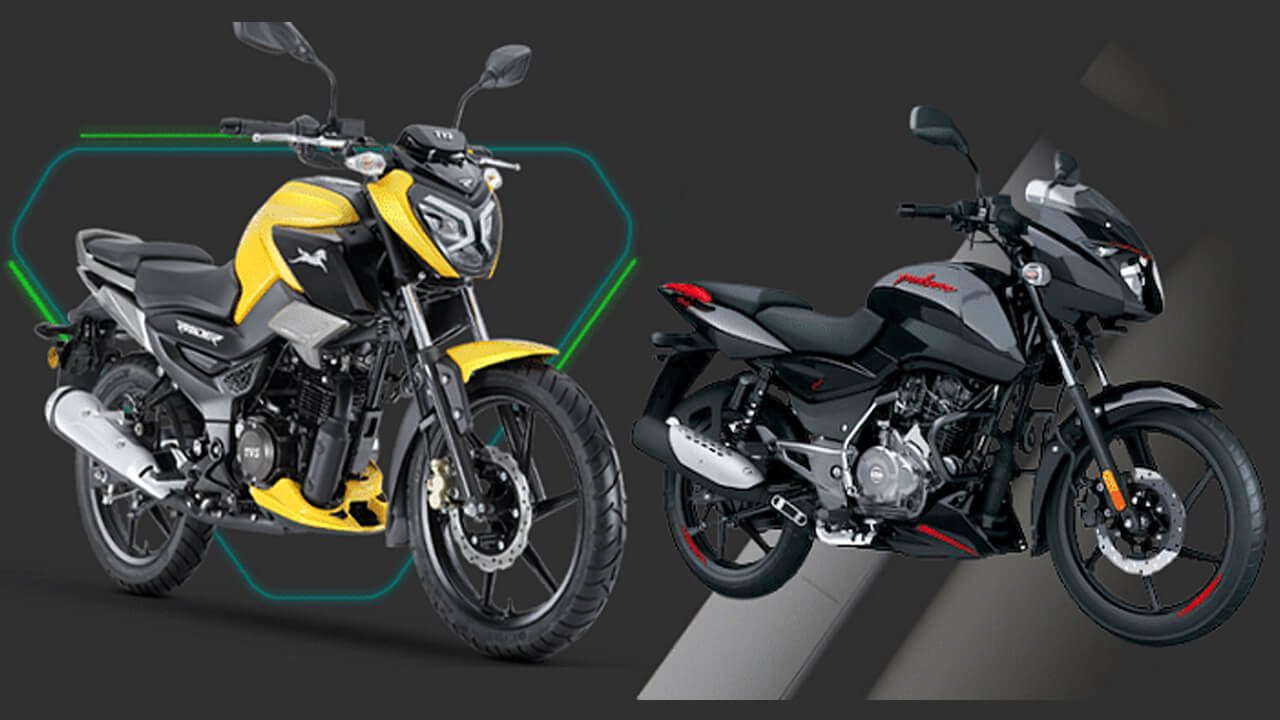 The year is 2001. A revolution took place in India. The first bike in the Pulsar series was born. The maker had no idea that his Bajaj would one day become a bestseller. Today, after 20 long years, Bajaj Pulsar has written another chapter in the history of motorcycles in India and around the world. Pulsar shells have changed over time to match modernity.
Bajaj Pulsar currently has a lineup from 125cc to 250cc.

The Pulsar 125 is one of the most popular, most economical and fuel efficient models in this lineup. However, a year ago, another domestic company, TVS’s Raider, emerged and shared its popularity. Recently, a new version added a color TFT display and Bluetooth functionality. Who is the best 125cc bike? Today we are looking for him in this report.

The Pulsar 125 is similar to the larger version of the Pulsar 150. Wolfeye headlights at the front, sharp LED taillights at the rear, and a sturdy fuel tank with extended panel are the signature look of the Pulsar. While they don’t look like modern design models, a pair of Pulsars can still grab the attention of the public on the city streets.

On the other hand, the TV Radar has a modern design and a fresh look. Up front, LED headlights with LED DRL like eyes, a belly pan, a large fuel tank and LED taillights make it look like a big bang in a small package. design.

The TVS Rader is hundreds of yards ahead of the Bajaj Pulsar in terms of modern features. TVS Rider has USB ports, Bluetooth connectivity, turn-by-turn navigation, a clock, LED lighting for under-seat storage, a 5-inch TFT display and more. Meanwhile, the Pulsar 125 displays the same semi-digital instrument cluster and tachometer as before. LEDs are not used anywhere on the bike except for the tail lights. However, there is a backlight switch that is not available on most bikes.

The basic version of the Bajaj Pulsar 125 bike is priced at Tk 81,389. 90,003 for the highest version. TVS Radar ex showroom prices range from Rs 85,973 up to Rs 99,990. The TVS radar has a more advanced design and functionality than the Pulsar. But if you’re on a tight budget, the Pulsar is the way to go.

Think before you buy an iPhone.You will not be able to use these important apps of the Indian government