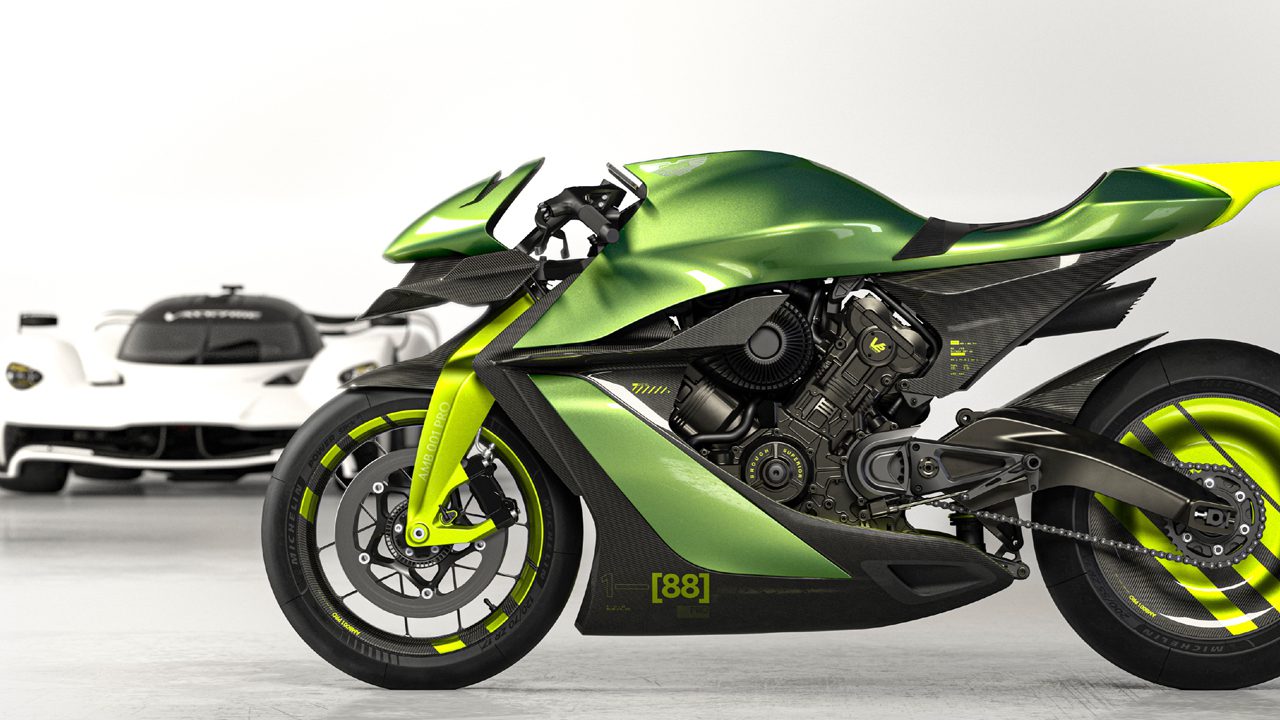 Aston Martin and Baro Superior unveiled the 997cc racing superbike at the EICMA bike show. Which is inspired by Aston Martin’s Valkyrie AMR Pro hypercar. Whose name is AMB 001 Pro. This is the new version of AMB 001. The limited edition motorcycle has been jointly designed by the above two companies.

Aston Martin and Burro Superior’s AMB 001 Pro delivers 25% more power than its outgoing model. The model producing 225 bhp has a weight ratio of 1.28 hp/kg. Which is equivalent to a Formula One car. It has a new type of engine. The entire engine including the crank case is claimed to be made of solid aluminum. Which is definitely a unique feature.

“This increase in power is what makes the AMB 001 Pro a hyperbike,” said Thierry Henriette, Boro Superior’s Chief Support Officer. It is powered by a new CNG machined, dual cylinder 997 cc engine. Which is made from AL 500 solid billet. There is also a new design cylinder, which will help in keeping the engine cool.

Incidentally, Aston Martin’s motorcycle AMB 001 was first unveiled in 2019 at the EICMA exhibition. There are only 100 models available worldwide. All of which are currently sold out. The AMB 001 Pro model is manufactured at the company’s factory in Toulouse, France. Its cost is 1.2 crores. Delivery will start from late 2023.

40 km per liter fuel! Maruti will surprise Suzuki by launching the most mileage efficient car

Minor damage to Hyundai, these three cars can make Tata the champion again