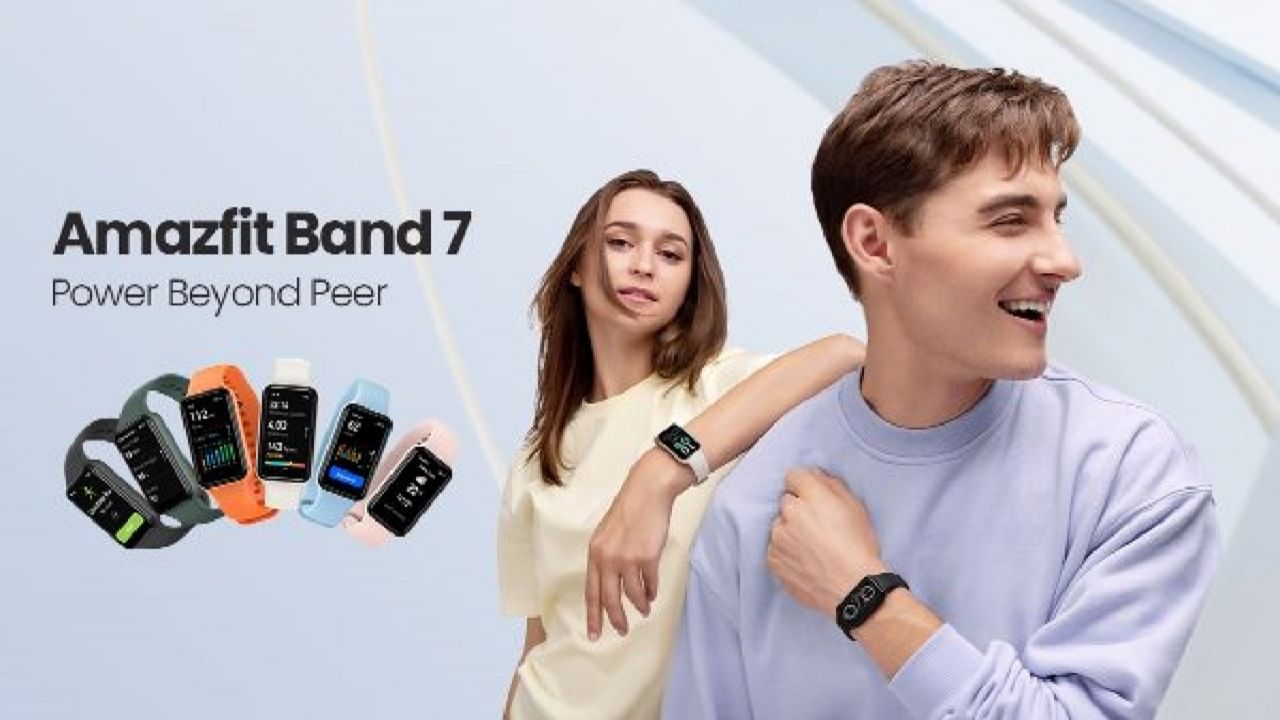 Amazfit Band 7 Price and Specs: According to the listing, Amazfit Band 7 will be launched on November 8. As seen in the Amazon webpage listing, the smart band is priced at Rs 3,499. However, you will get this device with an introductory offer of Rs 2,999.

Amazfit Band 7 price and features revealed ahead of launch.

Amazfit Band 7 is going to be launched in India this week. Ahead of the much-anticipated launch, several specifications and features of the smartwatch have been leaked online. Even the price of the upcoming smartwatch has been leaked. According to a report by GSMArena, this smart band has also been listed on Amazon India website. And from there it is indicated that the Amazfit Band 7 smart band will be sold only on Amazon.

Amazfit Band 7: How much can it cost?

According to the listing, the Amazfit Band 7 will be launched on November 8. As seen in the Amazon webpage listing, the smart band is priced at Rs 3,499. However, you will get this device with an introductory offer of Rs 2,999. It has a total of two color options – Classic Black and Elegant Beige. This smart band can also be matched in the third pink color. But the smart band may not be available for sale right after the launch.

Apart from this, those who buy this smart band will get four strap colors. The Smart Band Strap is available in four colors – Pink, Orange, Blue and Tan.

The Amazfit Band 7 may feature a 1.47-inch color AMOLED touchscreen. The resolution of this display is 368×198 pixels which will support Always On feature. The display is protected by a tempered glass layer. It is believed that Amazfit can also add anti-fingerprint coating to this smart band.


120 sports modes will be given on Amazfit Band 7. The smart band is also going to get built-in Alexa support. There is 5ATM for water resistance, which will protect the smart band while swimming. Apart from this, the smart band will also support smart recognition feature, which will be useful on walking, running, elliptical or rowing machines.

Ola Electric: Manufacturing one lakh units of scooters in a year is a major milestone for Ola Electric